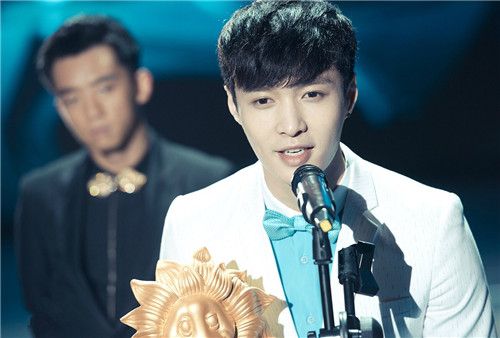 An amazing achievement for his debut silver screen role!

The 2016 China Britain Film Festival, which was held in London on June 26, awarded EXO‘s Lay as the ‘Best Supporting Actor’ for his work on Ex-Files 2.

In his silver screen debut, the innocent image of Lay’s character had undoubtedly added its own flavor to the film. His characterization and performance have been praised for being able to pull off a comical acting style with the natural flow.

Ex-Files 2 is a box office hit in China as well. Within 10 days of the film’s release, it had already garnered 2 billion in sales.

Unfortunately, Lay was not present at the event to accept the award. The film’s director, Tian Yusheng, who accepted the award on his behalf, applauded his natural acting.