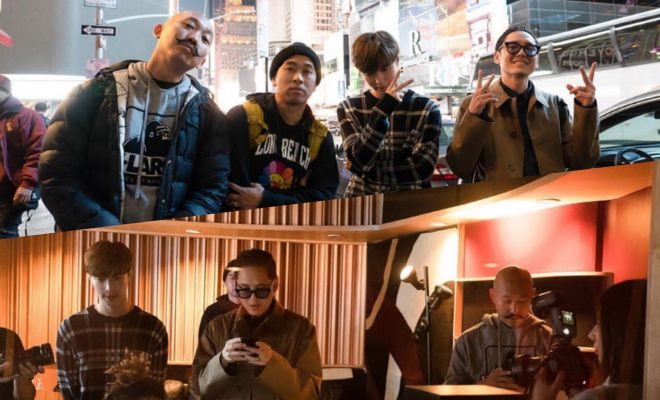 Next week is going to be thrilling for fans of Lay Zhang and Far East Movement.

The group and the singer-songwriter will team up for a new single titled “Lovebird”, which is to be unveiled on March 15.

In a photo uploaded on Instagram, Kev Nish, Prohgress, and DJ Virman posed with the “Namanana” singer for a group photo. They also shared a behind-the-scenes shot of their upcoming collaboration taken at a recording studio.

Fans received the news with much zest. One fan commented, “The only thing that matters is Yixing x Far East Movement collab.” Another person called the upcoming team up as the “what she lives for.”

The upcoming collaboration marks the second time that the hip-hop and EDM group collaborated with an EXO member. In 2016, Kev Nish, Prohgress, and DJ Virman worked with Chanyeol for “Freal Luv” from their Identity album.

“Lovebird” will also not be the first time that Lay Zhang teamed up with a Western act. Last year, he made his first stage appearance at the Lollapalooza, where he performed with Alan Walker. Later on, they dropped “Sheep Relift”, a remix version of the singer-songwriter’s 2017 hit song “Sheep”.

Also last year, he collaborated with Bazzi for “Give Me A Chance”, the pre-released track of his Namanana album. Early this year, he took the stage for a performance with A$AP Ferg and Steve Aoki.

Aside from the upcoming collaboration, Lay Zhang currently stars in the Chinese drama The Golden Eyes. He also serves as the mentor and Nation’s Producer in the second season of Idol Producer.