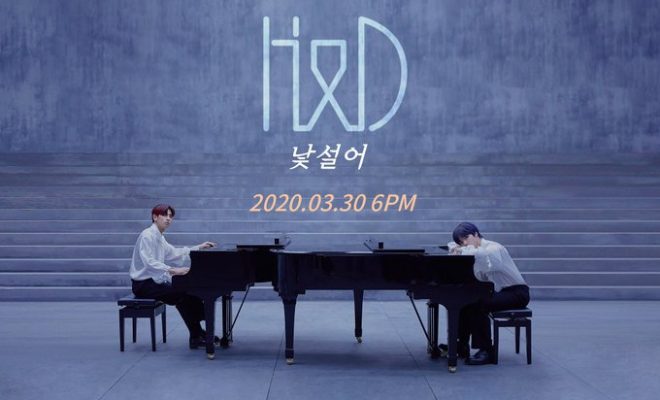 Lee Han Gyul and Nam Do Hyon played everyone a soft-sounding melody in their latest teaser video!

Lee Han Gyul and Nam Do Hyon melodiously played their way to the hearts of fans as they prepare for the pre-release of their new song “Unfamiliar”. 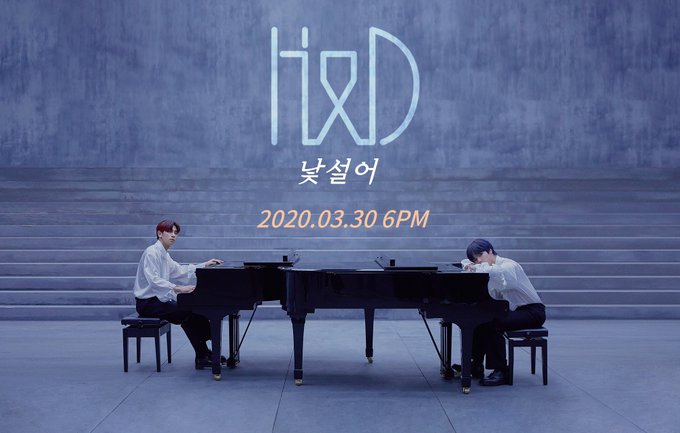 The two former X1 members are off to release a brand new treat to their fans as the duo H&D this March 30 at 6 PM KST through a special track dropping ahead of their solo debut mini-album.

Titled “Unfamiliar”, the song serves as a gift from the two to fans as they wait for the release of their first mini album, which had been postponed due to the COVID-19 outbreak.

Originally scheduled on March 26, their agency announced that H&D’s debut album will be unveiled on April 21 instead.

Earlier on March 24, the two posed together to share the news about their pre-release track through a teaser photo which showed them sitting on opposite sides of two pianos back-to-back with each other.

On March 27, the two unveiled their official music video teaser for “Unfamiliar”. Endowing a sweet tune to fans, Lee Han Gyul and Nam Do Hyon both play the piano in the fifteen-second clip which also showcased Do Hyon’s warm and beautiful vocals.

Earlier on February 5, the two released a song dedicated to their fans titled “Toward Tomorrow” prior to their debut as a duo. As a way to greet their supporters, they actively promoted the song in music shows.