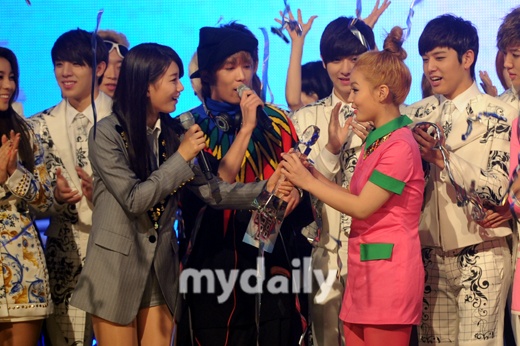 On September 15th, Lee Hayi took the first place with her debut song 1,2,3,4 for 2 consecutive weeks on Mnet M Countdown. After Lee Hayi was announced as the winner, she said that she was thankful to all her fans and said “Chairman (Yang Hyun Suk), you’re the best!” Previously when she received her first place trophy on M Countdown in August, she also said “Chairman, you’re awesome.”

Lee Hayi’s debut song 1, 2, 3, 4 which has been topping on the music charts,  is a retro soul song that compels her charming vocals and singing ability.