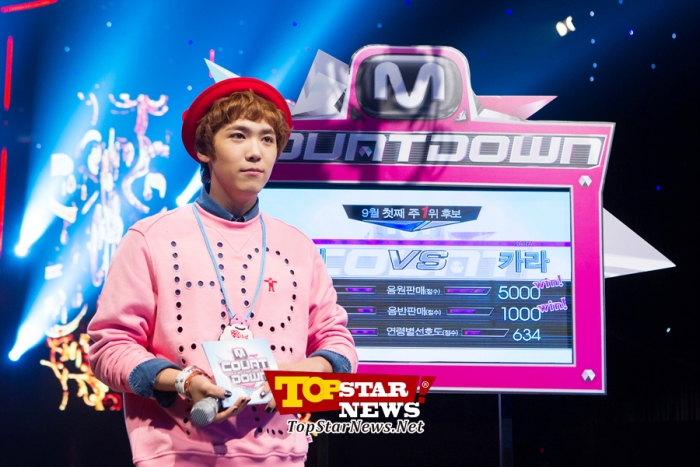 Lee Hongki: ‘Don’t cry because you miss me’

FT Island Lee Hongki will be resigning his duties on M! Countdown after conflicting schedules between his new movie and the production schedule for the music show.

An MC position has just opened up at Mnet’s M! Countdown after FNC Entertainment confirmed that the rocker would be leaving the MC position.

“The production side asked him to return after 2 weeks of his schedule but it is not possible looking at his schedule to return to the position that soon.” The representative from FNC Entertainment said.

Lee Hongki is currently filming a movie called Pheonix while FT Island is preparing for their tour in Japan. FT Island is also scheduled to perform Take FT Island in Taiwan on December 15 and 16 before they start their Japanese promotions.

On December 14, Lee Hongki tweeted, “M! Countdotwn.. I could not even say my last farewell. I’m so thankful to our M!Countdown family. We worked so hard!! Don’t cry because you miss me!! But.. Is it just me that feels like I will go back? Probably… kk.”

Who will be a good replacement for the charismatic MC?