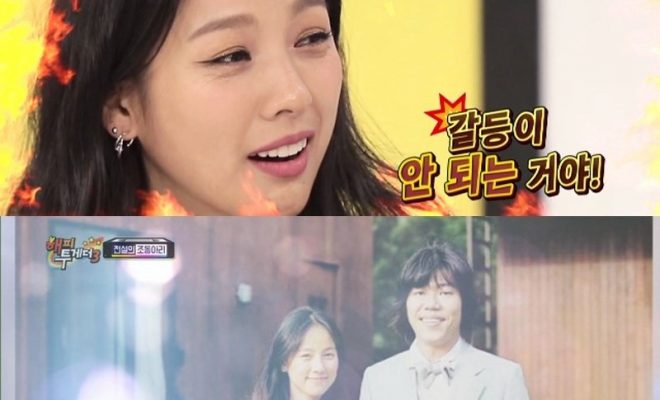 Lee Hyori On Husband Lee Sang Soon: “I Love My Husband But I Don’t Want My Daughter To Look Like Him”

Watch the latest episode of ‘Happy together’ to know how humorous Lee Hyori is.

Lee Hyori recently took part as a special guest on July 13 episode of KBS2’s Happy Together.

During the program, the singer shared that after participating in a yoga class regularly, she has been able to keep calm and control her hot temper now.

The idol also had straightforward sharing about her married life with husband Lee Sang Soon.

Lee said that if she was born for the second time, she would still choose her current husband to get married.

Right after those sweet words, Lee made everyone laugh when she expressed the expectation that her daughter should not take after her husband, saying: “I love my husband, I don’t want my daughter to look like him.”

In addition, the singer also showed off her sense of humor through interacting with the TV show’s members. She gave MC Yoo Jaesuk some pieces of advice regarding his style, then made a joke by saying: “Actually, the problem is his face.”

In another news, Lee Hyori recently marked her comeback after four-year hiatus by releasing a new album titled BLACK. The singer’s new record was dropped on June 26, receiving positive compliments from fans.