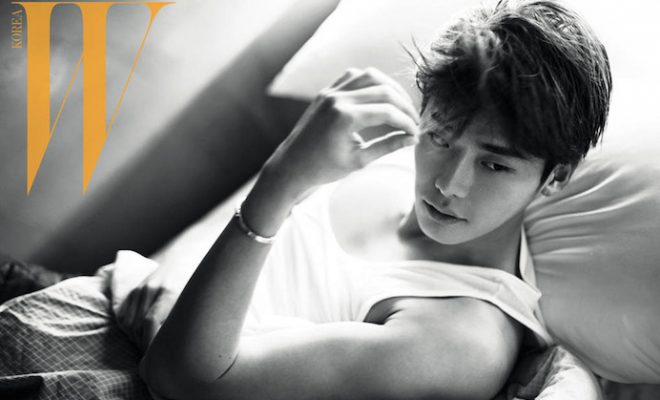 Lee Jong Suk To Possibly Star In New Film; Female Lead To Be New Face And Cast Via Audition

Actor Lee Jong Suk might be adding a new film to his filmography this year. The ‘W – Two Worlds’ star reportedly received an offer to play the male lead in a new film by award-winning director and screenwriter Park Hoon Jung.

According to the actor’s agency YG Entertainment, Lee is looking at the offer favorably. However, nothing has been confirmed yet as of press time.

The new film entitled ‘Witch’ tells the story of a high school girl, who turns into a killer weapon after a biology experiment. She then struggles with identity crisis and gets entangled in crimes.

If the actor’s participation pushes through, Lee will play as the male lead, who also becomes a killer weapon after undergoing the same experiment.

According to report, the female lead, who might star opposite the actor, will be cast through an audition. She is also said to be a new face in the industry.

Director Park has previously worked with Lee in his 2017 film ‘VIP’. The actor plays the character of Gwang Il, a son of a high-ranking North Korean official, and suspected to be behind serial murders around the world.

The film has wrapped up its filming last January, and is expected to premiere sometime in 2017. ‘VIP’ also stars actors Jang Dong Gun, Kim Myung Min, and Park Hee Soon.