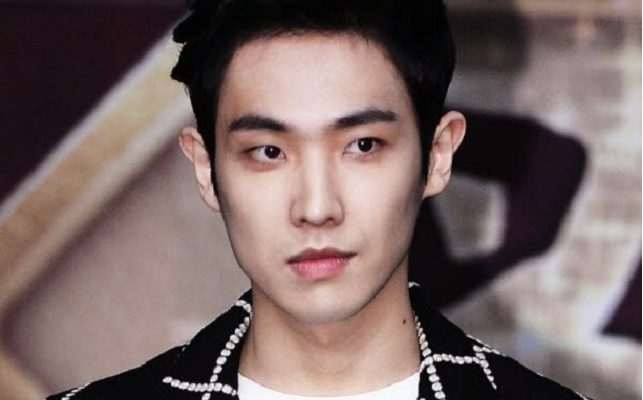 On the October 10 broadcast of SBS’s One Night of TV Entertainment, actor Lee Joon sat down for an interview with the program’s host Kim Sohee of girl group ELRIS.

The actor recently starred in the popular KBS 2TV drama My Father is Strange, as well as held his last fan meeting before the impending military enlistment on October 24.

During the interview, Kim paid a great compliment to Lee’s acting performance in his latest drama, and asked: “I heard you might be nominated for the (year-end) drama awards. Are you aware of it?”

The heartthrob mentioned his national mandatory duties and replied: “This is my first time hearing about it. But I can’t even watch (the award ceremonies) because it would be my bedtime (in the army). I’ll be thankful, whether or not I receive an award.”

Source: Screenshots from the show

When asked which celebrities he hopes to visit him in the army, the actor said: “I heard if female celebrities visit you, your life in the military will become more comfortable. Jung So Min said she would come.”

He then also named actresses Go Ah Sung, Lim Ji Yeon, Choi Ji Woo, Kim Ji Won, and Kim Min Jung as other female celebrities who he likes to see him when he is on the military duty.

Hellokpop, as an independent Korean entertainment news website (without influence from any agency or corporation), we need your support! If you have enjoyed our work, consider to support us with a one-time or recurring donation from as low as US$5 to keep our site going! Donate securely below via Stripe, Paypal, Apple Pay or Google Wallet.
45
SHARES
FacebookTwitter
SubscribeGoogleWhatsappPinterestDiggRedditStumbleuponVkWeiboPocketTumblrMailMeneameOdnoklassniki
Related Itemschoi ji woogo ah sungJung So MinKim Ji WonKim Min JungLee JoonLim Ji YeonMilitary EnlistmentMy Father is StrangeOne Night of TV Entertainment
← Previous Story SHINee’s Taemin To Make Solo Comeback This October
Next Story → Actor Sung Hoon Drops New EDM Track Due To Massive Fans’ Requests