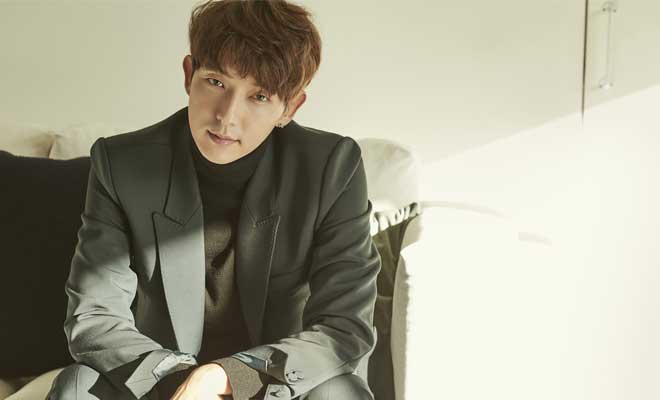 Popular Korean actor-singer, Lee Joon Gi, will be the headlining act at the ‘HSBC Women’s Champions Music Festival’. The four-day festival of golf and music will take place at the Sentosa Golf Club from March 2-5, 2017.

After an exhilarating performance by the iconic British band Take That last year, the extended six-hour entertainment program will begin at 4pm on Saturday, March 4, at the Sentosa Golf Club driving range, shortly after the completion of play.

All tickets are now available for purchase through www.apactix.com or call +65 3158 8588. Tickets are also available at the Singapore Indoor Stadium Box Office and all SingPost outlets.

VIP Hospitality ticket holders are entitled to free flow wine, beer, water and a separate entrance into the music festival grounds. The first 500 General Admission tickets purchased using a HSBC credit or debit card will enjoy a 25% discount. All ticket holders would be able to enjoy access to the golf tournament on 4 March 2017.

This is a standing only, rain or shine event. For more information, please visit https://www.hsbcgolf.com/womens. 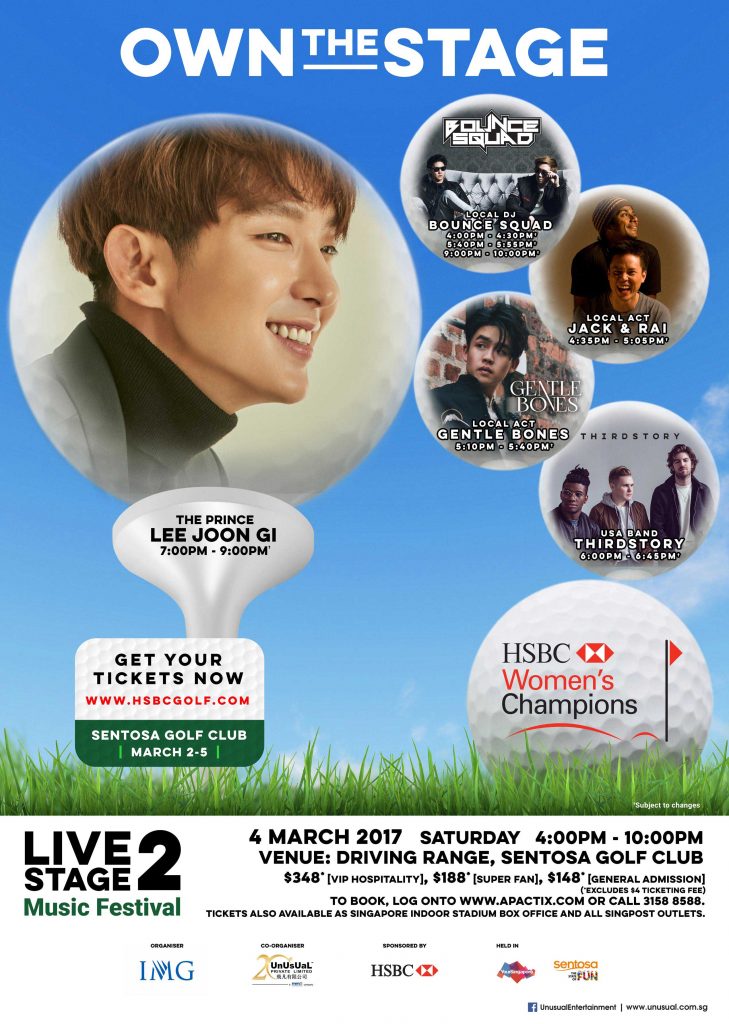 He debuted in 2001 and landed his first major role in the 2005 film The King and the Clown.

The film achieved critical and commercial success, propelling the then-unknown actor into Asia-wide stardom and winning him numerous Best Newcomer awards. In the same year, Lee also played in a romantic comedy drama, My Girl, which became a hit in Korea and Asia, catapulting him further into the Korean Wave.

In 2008, Lee was chosen as the Ambassador for the ‘Seoul Hallyu Festival’ and made the promotional ambassador of the Korea Tourism Organization in 2009.

In 2016, he appeared in the lead role of Wang So in Moon Lovers: Scarlet Heart Ryeo, a Korean remake of the hugely popular Chinese television series, Bu Bu Jing Xin.

The drama received tremendous response in South East Asia and China where it averaged 100 million views per episode during its simulcast through China’s Youku channel. Along with the drama’s international success, Lee’s popularity sky-rocketed, making him one of the most sought after Korean actors in the region.

The multi-talented Lee is also a versatile singer who has released singles and mini-albums including My Jun My Style (2006), J Style (2009) which has both a Korean and a Japanese version; Deucer (2012) and Case By Case (2013).

From upbeat dance tracks to romantic ballads, the charismatic star’s ability to pull off any style has allowed him to carve a name for himself in the highly competitive K-Pop market.

To thank his fans for their unwavering support, Lee released a new single album, Thank You and is now on an Asia concert tour in support of the album.

Tickets to his concerts in Taiwan and Hong Kong were swept up upon its launch. Come March, fans in Singapore and around the region will finally have the chance to catch Lee in concert with his headlining act ‘Lee Joon Gi [Thank You] Asia Tour Live in Singapore’.

‘HSBC Women’s Champions Music Festival’ is proudly presented by HSBC and brought to you by IMG and UnUsUaL Entertainment, a mm2 company.