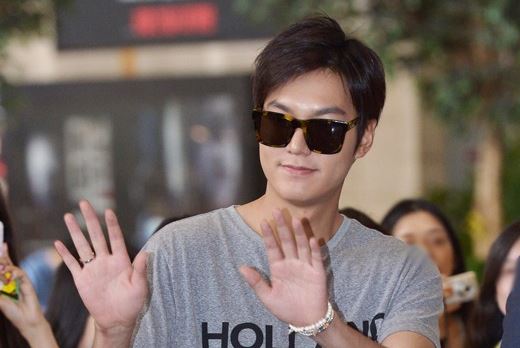 Lee Minho confesses he does not want to date now

On the 8th of August, Lee Minho made an appearance in Beijing for LG’s G3 promotional event.

Lee was asked by the host regarding his dating life. He replied to the question by saying he was very busy with work, so he did not have time to date. He added that he had not thought about wanting to date, at all. “Because there are many people around me, if I feel lonely, I think I will want to date”, he added. For now, if he has time, he wants to rest a lot.

Other than talking about his dating life, he said that it would be interesting to film a drama in a different country. If there is a chance, he would like to work in China.

Lee Minho, who is in the middle of filming Gangnam Blues, will be meeting his domestic and international fans starting from September during this tour, Re:minho.

FacebookTwitter
SubscribeGoogleWhatsappPinterestDiggRedditStumbleuponVkWeiboPocketTumblrMailMeneameOdnoklassniki
Related ItemsBeijingdatingGangnam BluesLee Minholgre:minho
← Previous Story SHINee: No Plans for a Comeback Until the End of the Year
Next Story → The Return of the King: 2 hours perfectly spent with JYJ