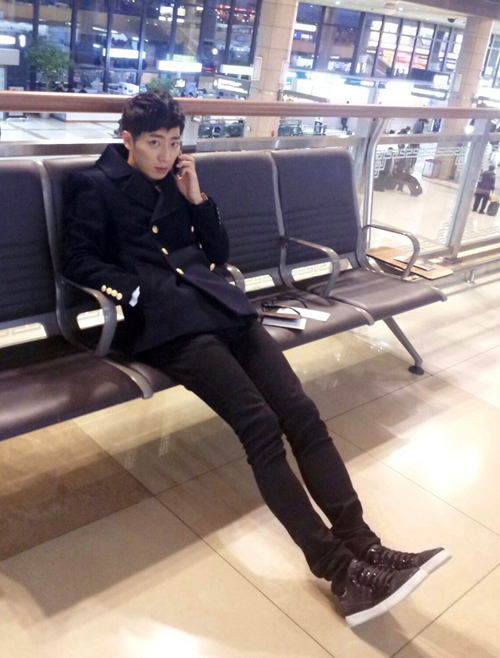 Lee Sangyeob found at airport in a different style

On November 23rd, Lee Sangyeob shared through his Twitter, “Going to Japan, yes!!! Keep Seoul safe everyone! ^^*“, along with a photo at the airport.

In the photo, Lee Sangyeob was holding his cellphone with his image being a bit of what Koreans refer to as cha-do-nam (차도남) which means ‘cold/chic-city-man’. His image in the photo revealed is complete opposite of as an innocent and pure nice guy he has shown so far. The fans have given a big interest in this photo as he was seen wearing a stylish outfit at the airport with a navy colored pea coat and black skinny jeans with converse shoes.

On the other hand, Lee Sangyeob has left for Japan’s Yokohama stadium and will be returning after watching the game.