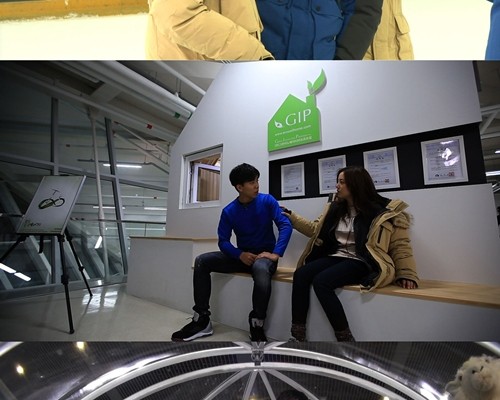 Recently, singer-actor Lee Seung Gi and actress Moon Chae Won became the first guests to film for SBS’s famous variety show Running Man in the new year, according to a report from Mwave.

On this episode, Lee Seung Gi and Moon Chae Won participated in an exceptional and remarkable race with the concept of abnormal climate change. The two actors and the crew even screamed when their first mission got revealed.

Despite of having to deal with tough missions, Lee Seung Gi and Moon Chae Won appeared to be close with each other and were caught having friendly skinship.

Lee Seung Gi has appeared as guest in Running Man before, while this is going to be Moon Chae Won’s first appearance on the show. This episode will be broadcasted on January 4.