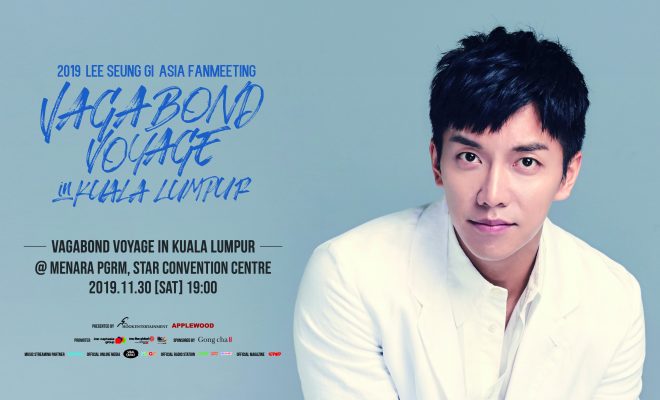 Vagabond Star, Lee Seung Gi will take his Asia Fan Meeting Tour to another level as he celebrates his 15th anniversary with his Malaysian fans. 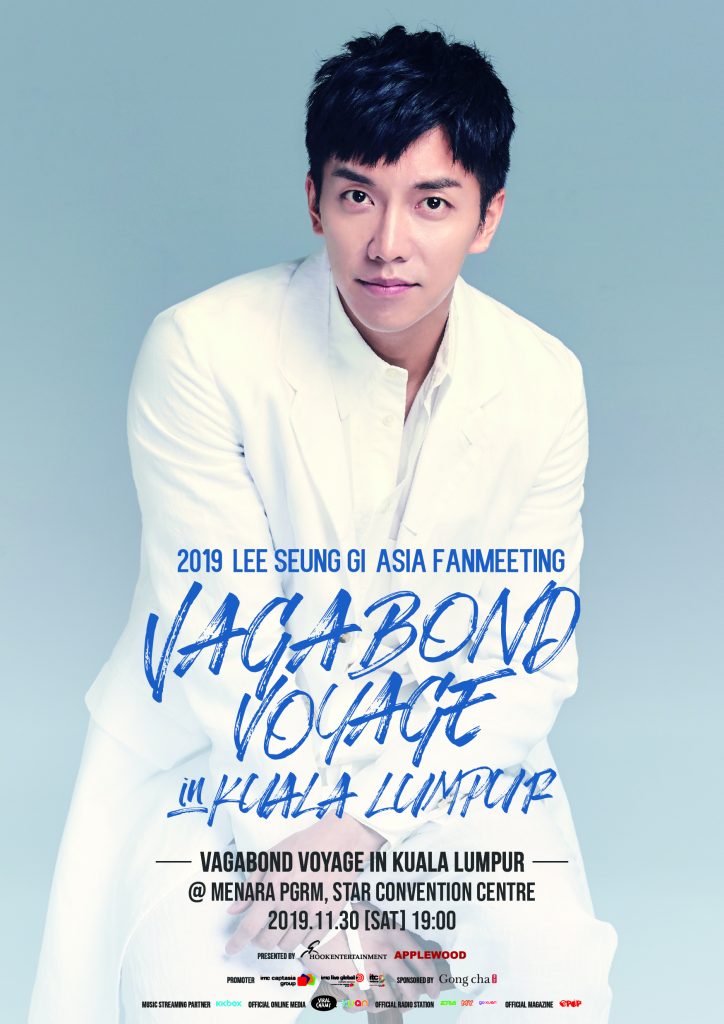 In October, the talented actor also met his avid supporters in Bangkok and Singapore. This time, the long-awaited fan meeting tour will be exceptionally more meaningful as it marks his 15th anniversary. 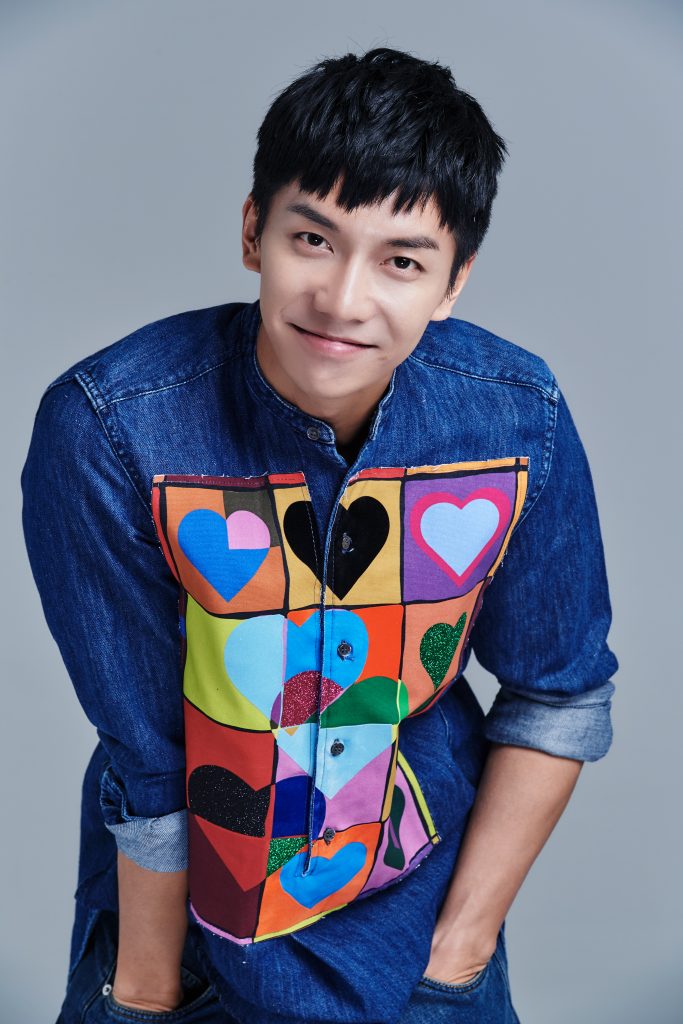 Also known as the Triple Threat actor, Lee received numerous accolades in singing, acting and hosting fields. Since his debut in 2004, he has released several hit songs such as “Will You Marry
Me”, “Because You’re My Woman” and “Return”. 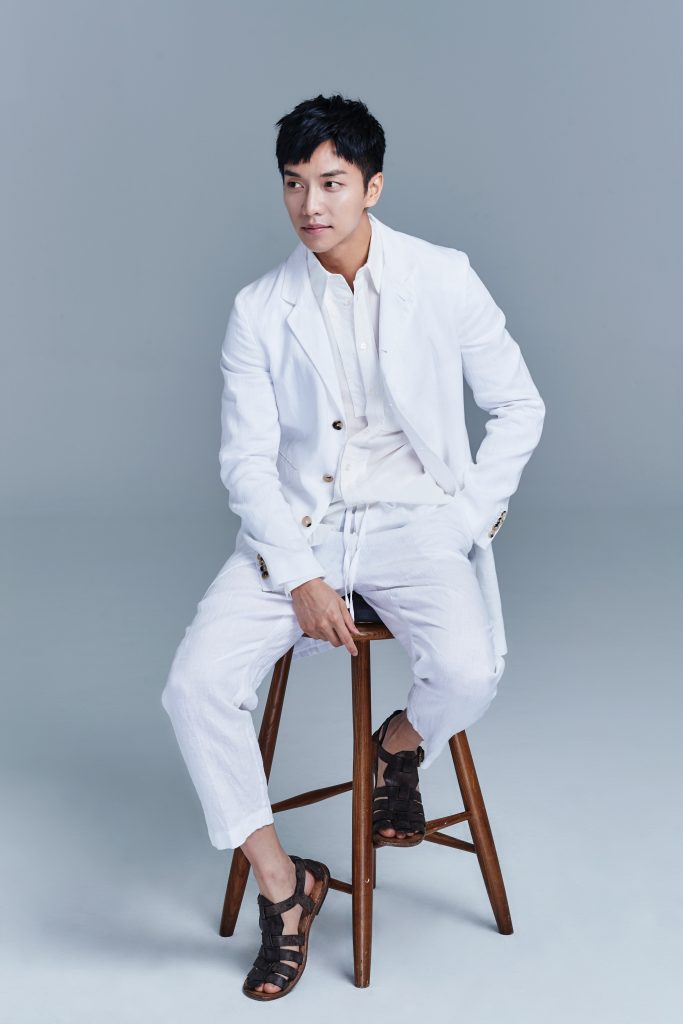 Furthermore, Lee is currently a regular member of the variety show, Master in The House (also known as All the Butlers). Recently, he also appeared in Little Forest where he and his cast members run an environment-friendly daycare where children can play and enjoy nature.

The fan meeting will be definitely a night to remember as they get up close with their favorite actor sharing his personal experiences. With his multi-faceted talent, Lee will also treat his loyal supporters with his singing, acting and variety skills. 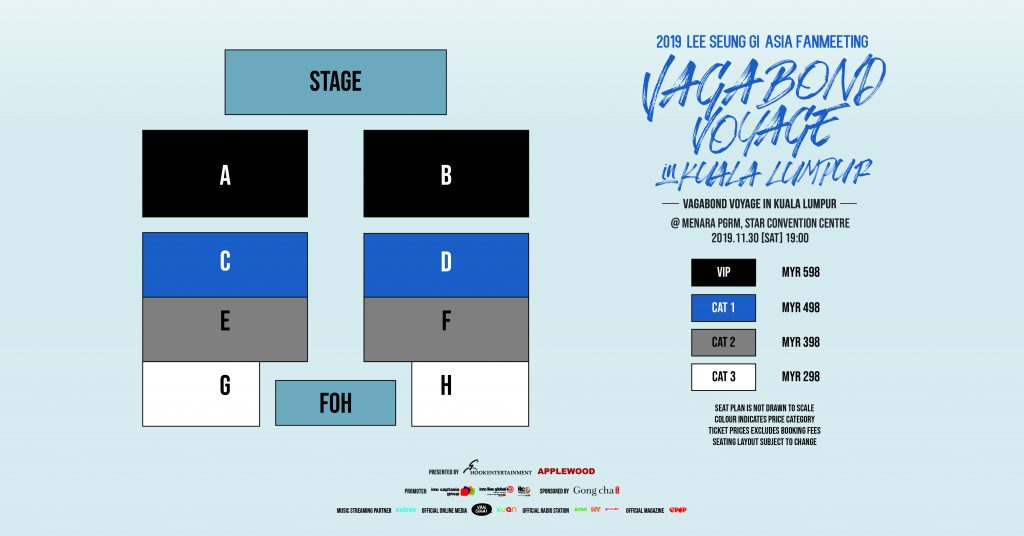 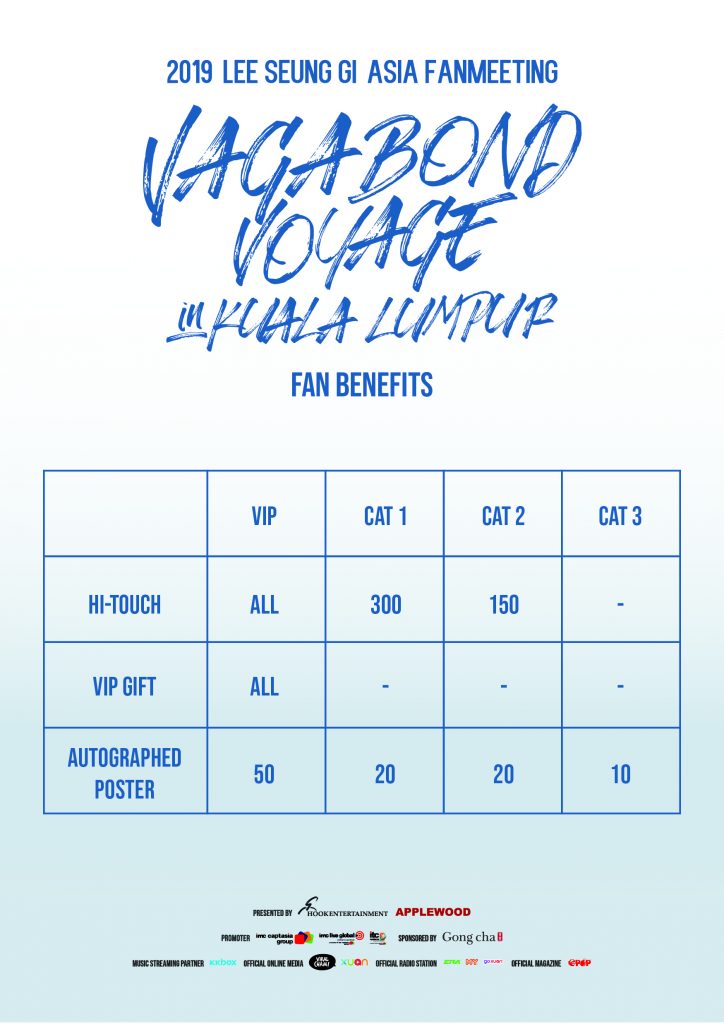 Hellokpop, as an independent Korean entertainment news website (without influence from any agency or corporation), we need your support! If you have enjoyed our work, consider to support us with a one-time or recurring donation from as low as US$5 to keep our site going! Donate securely below via Stripe, Paypal, Apple Pay or Google Wallet.
FacebookTwitter
SubscribeGoogleWhatsappPinterestDiggRedditStumbleuponVkWeiboPocketTumblrMailMeneameOdnoklassniki
Related Items2019 LEE SEUNG GI ASIA FAN MEEETING in Kuala Lumpurkorean actorLee Seung GiNetflix Vagabond
← Previous Story Kang Daniel Sparks Excitement By Teasing Fiery Digital Single For November
Next Story → TXT Exhibits Amazing Talents In jTBC’s “Idol Room”