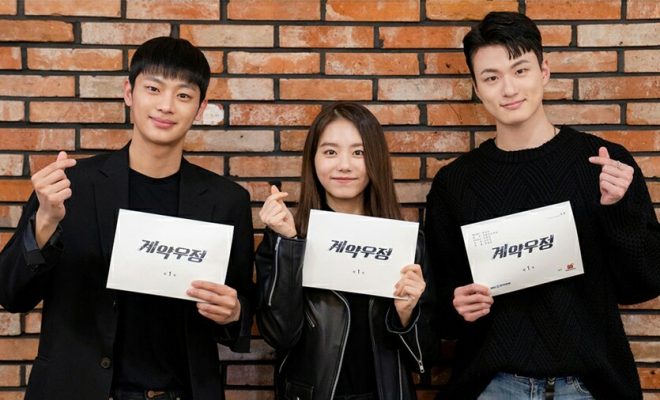 Lee Shin Young, Kim So Hye, And Shin Seung Ho Gather In Script Reading For “How To Buy A Friend”

Lee Shin Young, Kim So Hye, and Shin Seung Ho will be leading a new high school drama that will brighten up your screens!

Lee Shin Young, Kim So Hye, and Shin Seung Ho have gathered in the script reading session for the new KBS2 TV drama How To Buy A Friend. 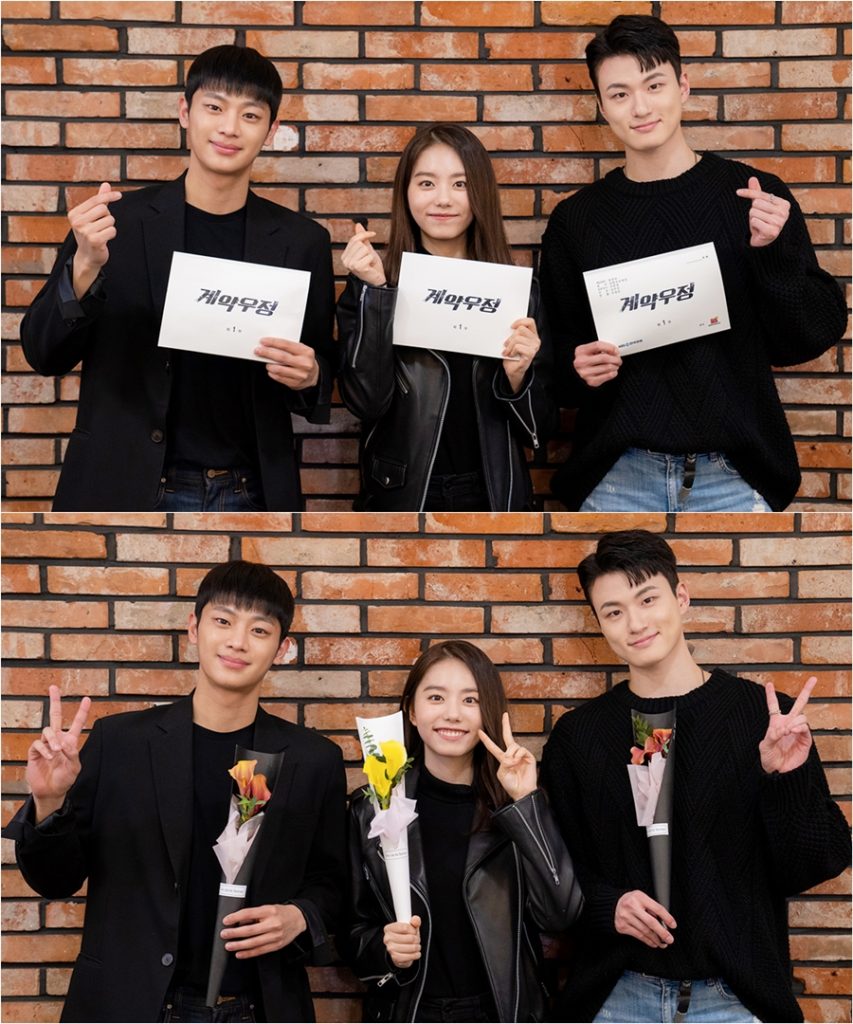 Gearing up for its nearing premiere, the upcoming youth drama will narrate a story of friendship within a span of four episodes. The main actors have begun to get into their characters together with the rest of its cast.

Released recently this March, photos from the first script reading session for How To Buy A Friend which took place in January gave a first glimpse at the cast and heightened anticipation for the mini-drama.

Lee Shin Young, who plays the role of Park Chan Hong, an ordinary high school student whose height, weight, and even grades are just average, skillfully used his Gyeongsang dialect to capture the crowd.

Having already become one with his character in terms of appearance, he also breathed life into Chan Hong with his voice and gestures.

Meanwhile, Shin Seung Ho, who plays Heo Don Hyeok who is legendary among his fellow high school students for his strength, properly captured the mysterious atmosphere of his character. His sharp eyes and low-pitched voice matched his character 100 per cent as well.

Lastly, Kim So Hye, who plays Park Chan Hong’s first love Eom Se Yoon who also ranks first in terms of grades, looks, and popularity, showed an elaborate portrayal of the inner concerns of her 18-year-old character who, despite this, tries to make everything look perfect on the surface. 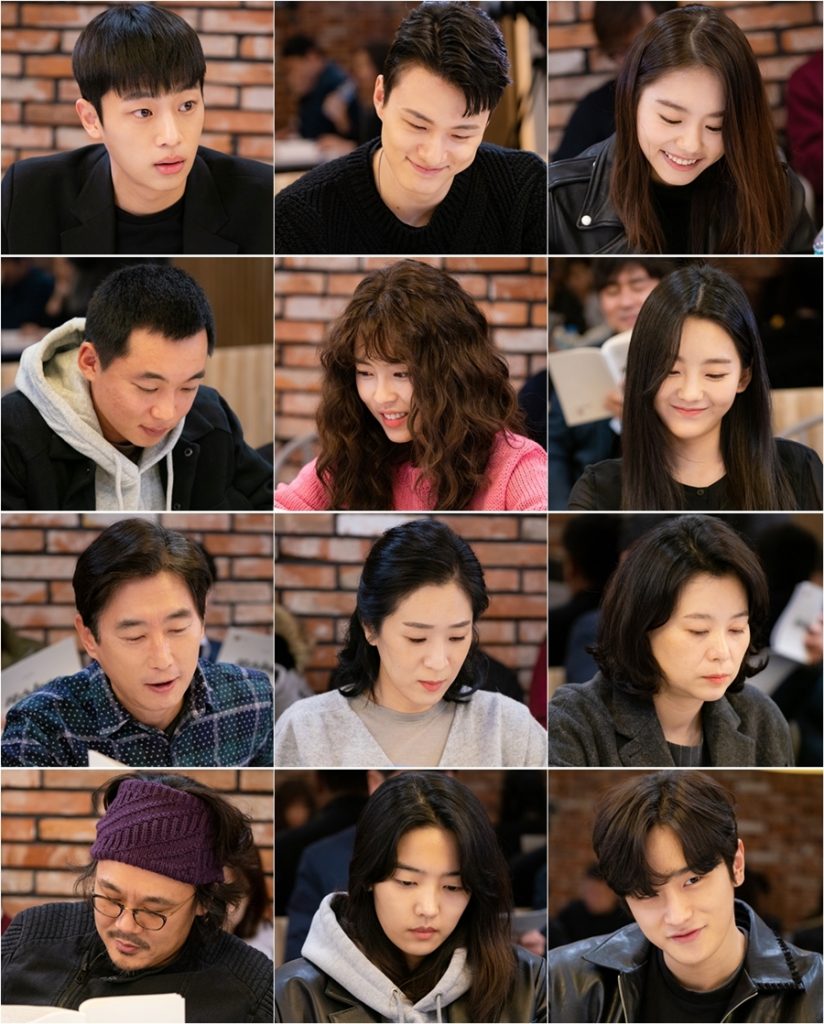 “All the actors were the characters themselves. Most of all, even though it was our first time to practice together, it felt like we were all enjoying the session. It was literally a 100 per cent air of friendship,” the production team said, asking for viewers to look forward to the drama which will paint the special friendship and growth of the young characters.

Based on a web drama of the same title written by Kwon Laad, the first episode of How To Buy A Friend will air on April 6 at 10:00 p.m. KST.