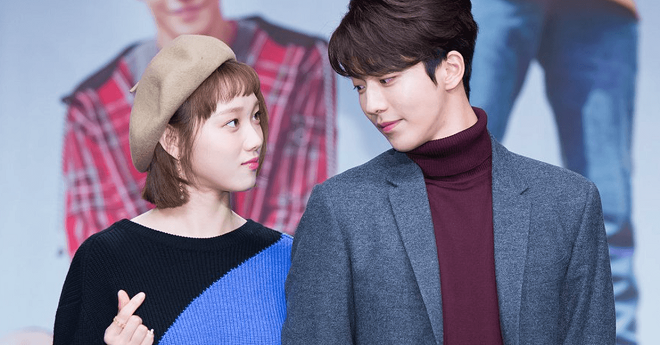 It was a short-lived relationship for Lee Sung Kyung and Nam Joo Hyuk.

According to local news reports in the early morning of August 18, Korean celebrity couple Lee Sung Kyung and Nam Joo Hyuk were revealed to have broken up.

It was reported that they grew apart from each other due to their busy work schedules, which led to the breakup. However, they decided it is only best for both to maintain a senior-junior relationship.

In response to the reports, the actors’ agency YG Entertainment has released an official statement about this matter, stating, “We have checked with Lee Sung Kyung and Nam Joo Hyuk, and confirmed that they have recently broken up.” The source further added that the exact reason would not be revealed as it was their private matter.

Lee Sung Kyung and Nam Joo Hyuk have been friends for a long time before they acted together in the same dramas; TVN’s Cheese In The Trap and MBC’s Weightlifting Fairy Kim Bok Joo.

On 24 April 2017, the dating news of both actors surprised many, but won strong approvals from fans due to their chemistry in the recently concluded drama Weightlifting Fairy Kim Bok Joo.

At present, Nam Joo Hyuk is currently starring in TVN drama Bride of the Water God, while Lee Sung Kyung is filming for her coming big screen project Love Sling.