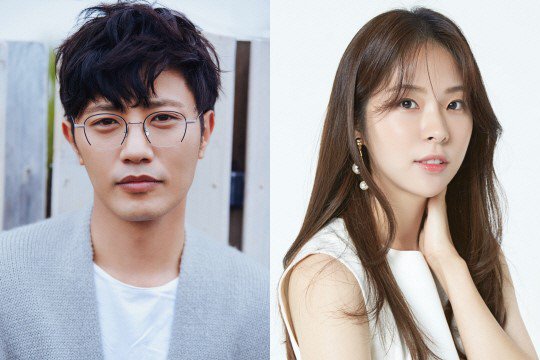 Japanese series Legal High will be getting a Korean drama remake – and it will star Jin Goo and Seo Eun Soo!

Jin Goo and Seo Eun Soo will take things to the court soon as the leads for jTBC’s remake of Legal High!

The two had been confirmed to play the lead roles for the Korean adaptation of Legal High on December 10.

Taking the premise of the 2012 Japanese drama, it will revolve about two completely opposite lawyers who team up to take on various cases together.

Jin Goo will bring the character of Go Tae Rim to life. Despite his sharp tongue and arrogance, he is a lawyer with a hundred percent success rate.

He believes that the purpose of taking on cases is to win, and losing would equate to giving up his status both as a lawyer and as a human being. Any client could guarantee a win as long as they can pay the high legal fees he requires – that’s how talented he is.

Meanwhile, Seo Eun Soo will take on the role of Seo Jae In, who is a firm believer of justice despite not exactly being one to have the highest marks in her class.

Despite her desire to be a just and fair lawyer who helps people in need, she gives in to the reality of the societal mentality of perceiving a lawyer who can’t win is deemed useless. Due to this, she teams up with Go Tae Rim, putting everything, including her beliefs, on the line.

The drama is slated to premiere in February 2019 on jTBC.

Are you looking forward to Jin Goo and Seo Eun Soo’s team-up in jTBC’s Legal High? Let us know by leaving a comment below, giving us a holler on Facebook, or tweeting us at @hellokpop!