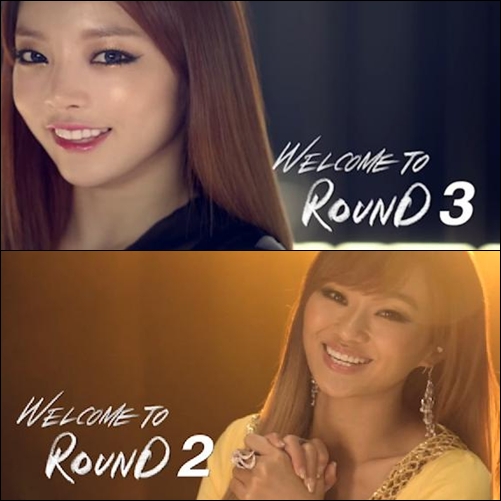 Goo is seen dancing provocatively behind bars while wearing red shorts, fishnet stockings, and black heels. She peels off her black top to reveal a matching red top and water begins raining onto Goo as she whips her hair back and forth.

For Hyorin’s individual advertisement, she dances at a location with glossy black walls and flooring while wearing a long yellow dress with cuts at the sides of the skirt. The dress is quite similar to the red dresses seen on SISTAR’s music video for Alone.

Check out Like The First Time’s soju advertisements for Goo Hara and Hyorin below:

Hellokpop, as an independent Korean entertainment news website (without influence from any agency or corporation), we need your support! If you have enjoyed our work, consider to support us with a one-time or recurring donation from as low as US$5 to keep our site going! Donate securely below via Stripe, Paypal, Apple Pay or Google Wallet.
FacebookTwitter
SubscribeGoogleWhatsappPinterestDiggRedditStumbleuponVkWeiboPocketTumblrMailMeneameOdnoklassniki
Related Items4MinuteadvertisementendorsementGoo HaraHyorinHyunaKARALike The First TimeSISTARsoju
← Previous Story Standing Egg releases mini album ‘Ballad with Windy’
Next Story → B.A.P is Germany’s Best New Male Artist