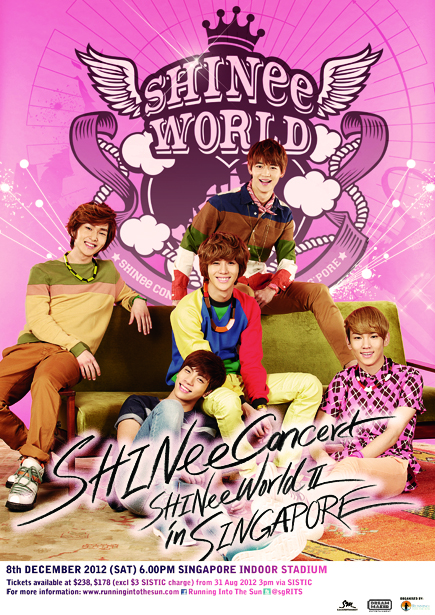 Ticket sales to the Shinee World II Singapore concert started on 31 Aug 2012 and over the weekend, only less than 500 terrace tickets and less than 500 mosh pit tickets are now available for sale. [Refer to the seatmap below] Local and overseas fans can purchase these limited tickets via Sistic online, phone and counter bookings.

Strictly a one-night only concert, Shinee World II Singapore will see an action-packed concert with special effects and diverse music genres and styles superceding its previous concert tour. The concert will also witness the biggest mosh pit to be held at the Singapore Indoor Stadium with over 1,200 square metres of free-standing space to get the closest view and proximity to the stage.

With a performance holding a production price-tag of more than S$1.8 million, SHINee World II Singapore will be accompanied by special effects such as pyrotechnics, water features and aerial stunts in a multi-sensory performance that borders between an unbelievable eye spectacle and R&B/Rock concert that defies extremes.

With a group that has visibly matured to ‘seniors’ since their debut in 2008, “Shawols” or SHINee fans can look forward to a diverse range of musical genres in SHINee World II Singapore; with music ranging from heavy rock music and bold dance moves, to softer cheerier R&B styles reminiscent of their earlier years.

Shinee World II Singapore will be held on 8 Dec 2012 at the Singapore Indoor Stadium, and is proudly organized by Running Into The Sun. 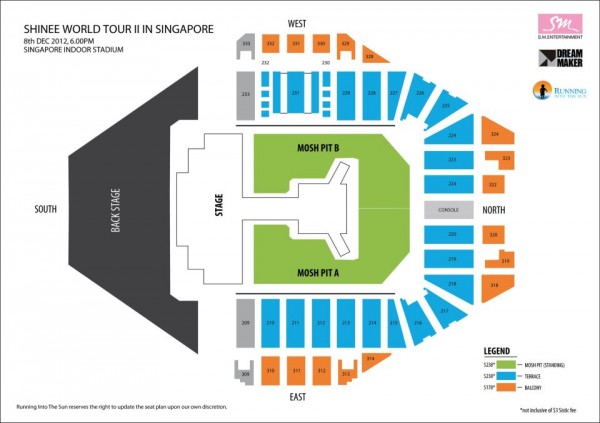 About Running Into The Sun

Running Into The Sun is a concert promoter best characterized by its fresh, inventive and trailblazing modus operandi. While barely at its three-year mark, the company was named “Top of the Pops” in The Straits Times 2011 Power List, ranked first among the top ten entertainment companies in Singapore for “scoring more high profile acts and media buzz than other older companies”.

Helmed by Managing Director / Creative Director Beatrice Chia-Richmond and pillared by Executive Producer Wendy Ng, Running Into The Sun is founded in 2009 with headquarters in Singapore and offices in Malaysia and Hong Kong.