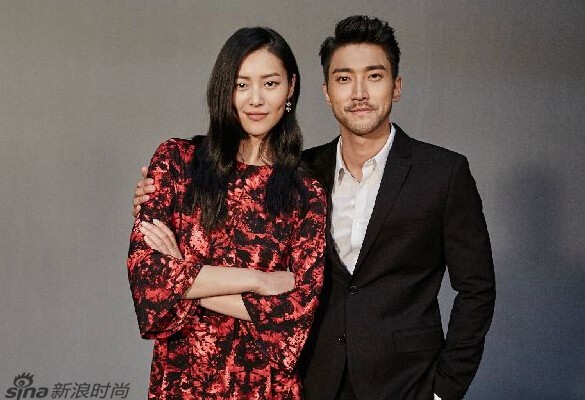 Chinese model Liu Wen’s agency has come up to clarify the recent dating rumor between her and her We Are In Love onscreen husband Choi Siwon, who is currently serving in the army.

The dating rumor started going viral after Liu Wen was asked about her relationship with Siwon. When the host of the Chinese program Day Day Up, Wang Han, asked if she and Siwon were in a romantic relationship, the model tried to steer away from the question by asking if the audiences had eaten or not, whose replies were ‘no‘. Liu Wen further said if they had yet to eat, Chuīshìyuán(which means staff who work in the canteen) would give them a treat. Her replies have been mistaken as she tacitly admitted their relationship.

The Chinese pronunciation of ‘Choi Siwon’ (Cuīshǐyuán) is similar to that of Chuīshìyuán (canteen staff).

Liu Wen’s manager revealed to SINA that Chuīshì yuán (the words she said on the show) did not refer to Siwon, so it was hard to understand how the rumor of her tacitly admitting the relationship could spread like wildfire. The manager further claimed Siwon and Liuwen are not lovers, they are just on-screen couple, and stated Liu Wen is currently single.