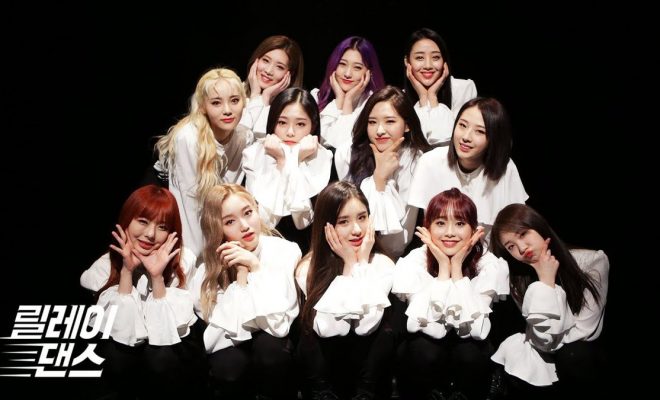 LOONA makes fans go crazy with a midnight release of their newest teaser.

LOONA just released a new video on 12 AM KST. Their current hit song, “Butterfly”, is associated with the theme. With a hint of “#”, fans wonder what it is about. The keyword “BURN” in the video leaves fans baffled if this is a new single or album. There is also a theory if the company is just messing with them with a post on April Fool’s day but further information is still yet to be announced. Watch the video below.

The girls are about to end their promotions for “Butterfly”. The single is part of, [X X], the repackaged version of their debut album, [+ +]. They debuted on August 7, 2018, with “Favorite” as their lead single. They released their debut extended play on August 20, 2018, with “Hi High” as the group’s second single.

Hellokpop, as an independent Korean entertainment news website (without influence from any agency or corporation), we need your support! If you have enjoyed our work, consider to support us with a one-time or recurring donation from as low as US$5 to keep our site going! Donate securely below via Stripe, Paypal, Apple Pay or Google Wallet.
FacebookTwitter
SubscribeGoogleWhatsappPinterestDiggRedditStumbleuponVkWeiboPocketTumblrMailMeneameOdnoklassniki
Related ItemsLoona
← Previous Story MAMAMOO Bags 7th Consecutive Win For “gogobebe”
Next Story → BTS Releases Concept Photos For “Map Of The Soul: Persona”