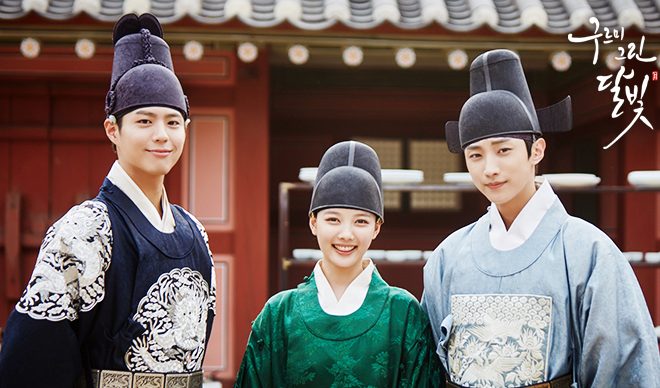 The success of ‘Love in the Moonlight’ is unstoppable.

Although it has been five months already since KBS’s ‘Love in the Moonlight’ wrapped up its run in South Korea, the success of the drama goes on as it dominates local viewership in the Philippines on its time slot.

The drama headlined by Park Bo Gum, Kim Yoo Jung and B1A4‘s Jinyoung premiered in the archipelago under local network ABS-CBN last March 6. Receiving much buzz and attention from local viewers, it recorded a 11 percent in viewership rating on its pilot episode.

This is almost 3 percent higher to its main competitor, ‘She Was Pretty’. Locally titled as ‘Pretty Woman’, the MBC drama starring Hwang Jung Eum, Park Seo Joon, and Super Junior‘s Siwon is locally distributed by another TV network, GMA.

Aside from dominating the rating game, the drama is also consistently trending in the Philippine trends of social networking site Twitter. The pilot episode of the drama trended on the number one spot on the local trends, as well as its lead actor Park Bo Gum. It continues to dominate local trending topics during its nightly broadcast.

Philippine TV personality and comedian Vice Ganda has also dove into the Moonlight Syndrome. The comedian posted series of tweets on Twitter, gushing about the drama and its actors.

Following the local success of the drama, Park Bo Gum even personally relayed his gratitude for the support.

@ParkBoGum_PH Many thanks to you all! I'm so grateful.?

‘Love in the Moonlight’ is a coming-of-age story loosely based on the life of Crown Prince Hyomyeong. He ruled during the Joseon Dynasty (1392-1910) from 1827-1830 due to his father King Sunjo’s poor health. In the drama, Park Bo Gum plays Lee Young, the “rebel” crown prince. He then falls in love with a girl disguised as an eunuch Hong Ra On, played by Kim Yoo Jung.

The KBS drama aired in South Korea from August to October 2016 with high viewership rating.