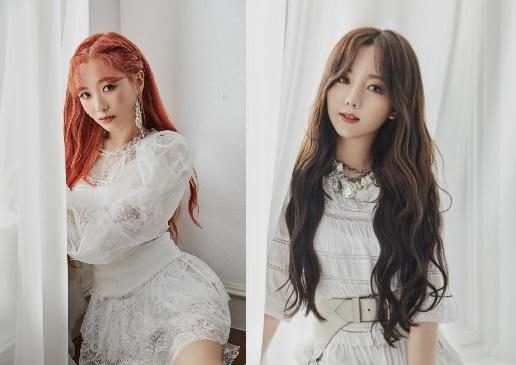 Recently, two of the talented girls from Lovelyz, Sujeong and Kei, revealed their own songs for two video game’s soundtracks. The singers showed their marvelous vocals as they told the stories to the respective theme songs.

Sujeong sang “Wild Flower” for the popular action RPG Mabinogi: Heroes. The song was released on July 28 on major music sites in Korea, after its first release on the game’s official YouTube channel on July 15.

“Wild Flower” is the theme song of the game’s new character Danah and tells her story. She was a warrior in the underworld a long time ago, but got punished by heaven and exiled to this world forever

Sujeong vividly conveyed Danah’s feelings with her clear voice and delicate sensibility. The artist presented listeners with a high immersion with her beautiful vocals and the affectionate narrative in “Wild Flower”.

Meanwhile, Kei participated in the soundtrack of NCsoft’s MMORPG Blade & Soul 2, with the song “As I Become Your Wind”. The song appeared on music portals on July 30, following the pre-release of the music video on July 23.

“As I Become Your Wind” is the theme song of Noi and contains the fondness for a loved one. Kei delivered Noi’s feelings with her fair vocals and unique sensibility, as well as her solid singing ability.

The two girls belong to the group Lovelyz in which they take the positions of main vocals. With this challenge, they once again showcased their great musical talent and ability to captivate ears with their singing.

In particular, both of them have various solo releases behind them, including solo debuts, soundtracks and covers.