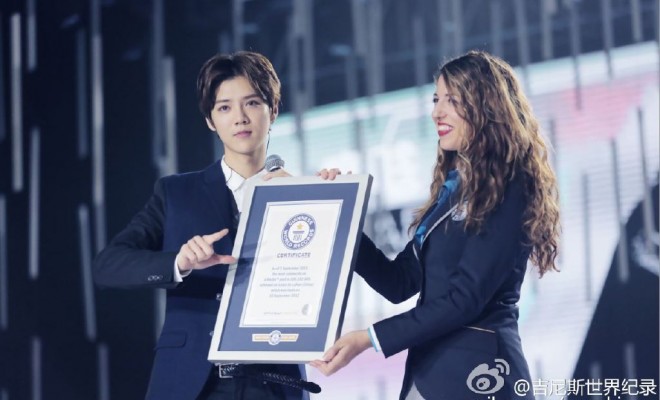 According to Guinness World Records, Luhan has once again breaks his own record for most comments on a Weibo post.

Luhan, the die-hard Manchester United football club’s fan, set the record of ‘Most Comments on a Weibo post’ last year, with a repost from the Club’s Weibo to his own account, on the 10th of September 2012. He won the title for the first time with 13,163,859 comments as of 5 August 2014.

This year again, he continues the record as he earned the 100,252,605 ( as of September 25 2015) comments on the same post. The certificate was also awarded to Luhan himself during his first live concert in Beijing on September 25. 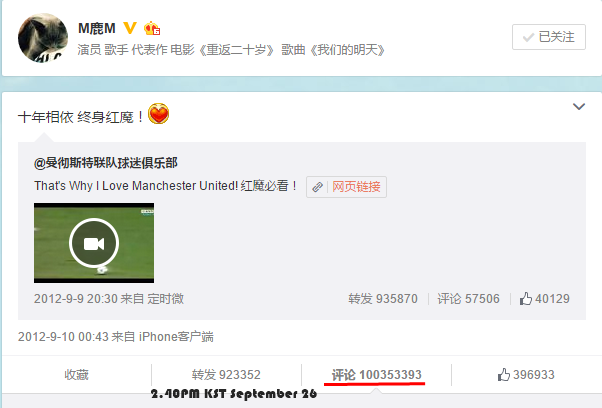 In related news, Luhan revealed a football themed song titled 超级冠军(Football Gang) at his concert in Beijing. It is reported that, when Luhan heard the song demo for the first time, he was already able to picture the scene of people listening to this song. Football Gang was written and composed based on ‘football’ to show appreciation to football games. 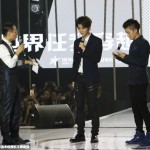 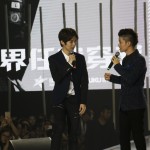 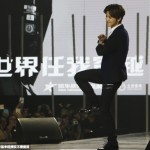 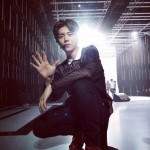