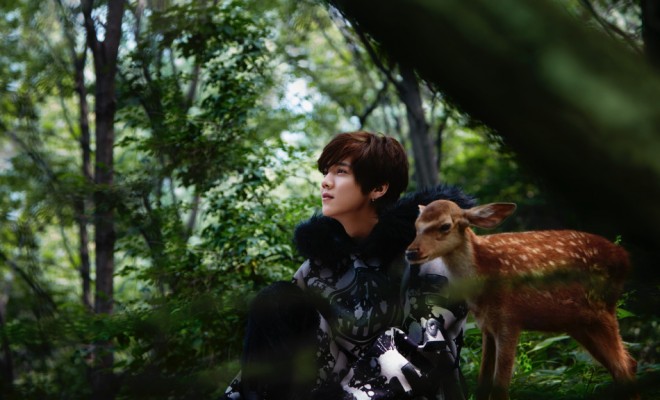 Luhan Travels Back In Time In “Promises” MV

Luhan has just released the full music video for his new track Promises on November 5.

Promises is the sixth track of the singer’s first mini album Reloaded I, following That Good Good, Adventure Time, Your Song, Football Gang, and Medals. The music video for the song depicts a man (Luhan) who lost his girlfriend in an accident. To bring her back to life, he made a time machine to travel back to the time they met and begin a new story.

Meanwhile, the physical album’s release date is not made known yet.

Check out the music video for Promises below:

Hellokpop, as an independent Korean entertainment news website (without influence from any agency or corporation), we need your support! If you have enjoyed our work, consider to support us with a one-time or recurring donation from as low as US$5 to keep our site going! Donate securely below via Stripe, Paypal, Apple Pay or Google Wallet.
110
SHARES
FacebookTwitter
SubscribeGoogleWhatsappPinterestDiggRedditStumbleuponVkWeiboPocketTumblrMailMeneameOdnoklassniki
Related ItemsAdventure TimeFootball GangLuhanMedalsmusic videoPromisesreloaded iThat Good Goodyour song
← Previous Story Jay Park Says “You Know” In New MV
Next Story → BIGBANG Slays MelOn Music Awards + Winners’ List