M.I.K to visit Malaysia in October! 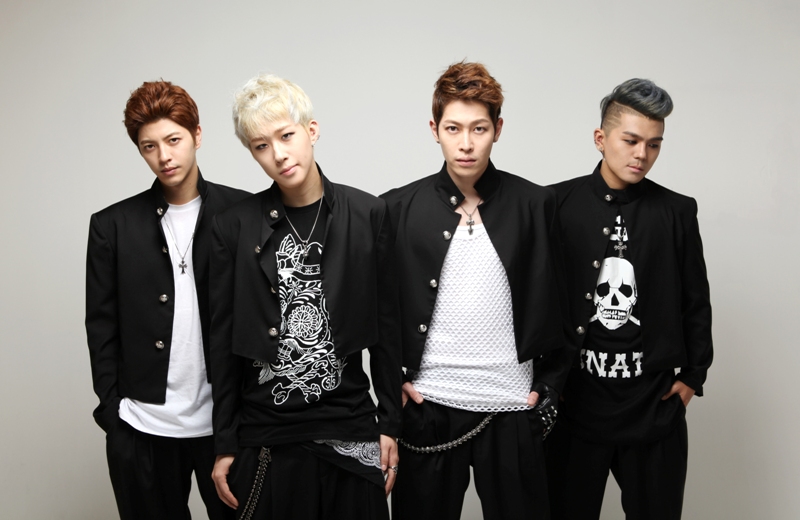 New Pro Star proudly announced that brand K-pop new group M.I.K <Move In Key > is confirmed to meet all the K-pop fans in Malaysia. In order to have more up-close contact with fans, the members of M.I.K will bring along their 1st music album <Move In Key> to Malaysia.

In the promo tour, the members of M.I.K will perform their songs from their albums and they will play games with lucky fans from the audience. M.I.K. is looking forward to a time of laughter and fun.

You may be the lucky one to have intimate interactions with them at the autograph session! Exclusive photo opportunities await you. Do not miss out this rare opportunity to get up-close and personal with M.I.K. in October!

M.I.K which stands for”Move In Key” is composed of 4 male members: Sin the leader, Jay and Czero the vocalists and rapper Sakoo. They are a new group with the concept of “retro-idols”. The meaning behind “Move In Key” is that with M.I.K’s cool music (which is the “Key”) the members will move the hearts of the people.

The members promised to become one with the fans from all around the world to bring enjoyment. M.I.K’s debut song is a remake of the legendary dance group Deux‘s Away. The song is a more powerful and upgraded mixture or fusion of high quality electronic and Shuffle music.

They presented not just ordinary dance music; they show the fashion of the 90s notably the “old style” hip hop pants which were popular 15 years ago. Further, they are famous for their skipping rope dance and old school dance. Their representation gained much support from fans all over the world.

M.I.K’s charming and energetic performances on stage are absolutely not inferior to any other group. After the release of the first album, the members  got a lot of media attention. In addition, they were also invited to perform in South Korea on several large variety show, including The Blue Concert, Mnet Countdown and more.