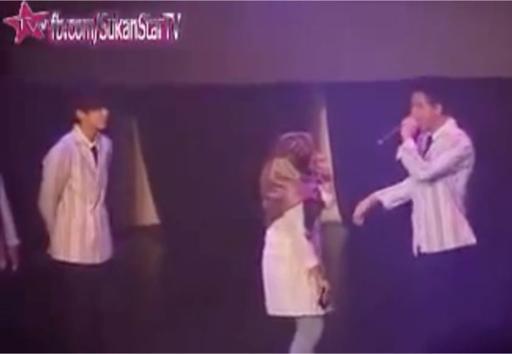 As revealed by Federal Territories Islamic Department (JAWI) official on January 14, three Malay girls who hugged and embraced by the members of the K-pop boy band B1A4 publicly at a recent fan event will not be charged with public indecency if they are underage, but will undergo rehabilitation instead, Yahoo News reported.

The official stated: “The case will be investigated and brought to the Shariah Court to have the punishments decided, but if the girls are underage, then we will arrange for them to undergo rehabilitation instead, here at JAWI. We will have to discuss with our director (JAWI director, Paimuzi Yahya) on the next course of action if the girls’ parents refuse to allow them to undergo the (rehabilitation) class.”

Previously, the JAWI director told Utasan Malaysia that JAWI summoned the girls and warned that they would face arrest unless they went in for questioning within a week. As of now, the girls have yet to present themselves to JAWI.

Meanwhile, as stated by the religious body on January 12, it is currently probing the girls’ misbehavior for going against the teachings of Muslims, abiding by Section 29 of Shariah Criminal Offences (Federal Territories) Act 1997.

The incident came into light after a three-minute video titled Perempuan melayu dicabul atas pentas oleh mat kpop semalam (Malay girls molested on stage by K-Pop artists last night), showing B1A4 members hugging and kissing the Malay fan girls on their foreheads in public at the fan event, was uploaded onto the Sukan Star TV Facebook page. The video later went viral, erupting a public outcry in the Muslim majority country, with Islamic conservatives denouncing both the K-pop genre and the girls.

Meanwhile, Johor-based sharie lawyer Yunos Ismail told Malay Mail Online that the three girls might not be imprisoned for up to six months and/or be fined up to RM 1,000 according to Section 29, but to undergo counselling or rehabilitation.

“Even if married Muslims do such a thing in public, people would still question, what more between Muslims and non-Muslims?” he argued for the Islamic authorities’ investigation.

However, Sisters in Islam programme manager Suri Kempe is against the legal definition of public indecency under the Act as it is too broad and ambiguous, which may lead to discrimination. She told Malay Mail Online: “That’s the large problem with turning sins into crimes against the State.”

She added: “People commit sins every day, so who decides when the law is enforced and who it is enforced on? This leads to discrimination and those at the receiving end are usually the most powerless in society and in this instance, the young teenage fan girls.”