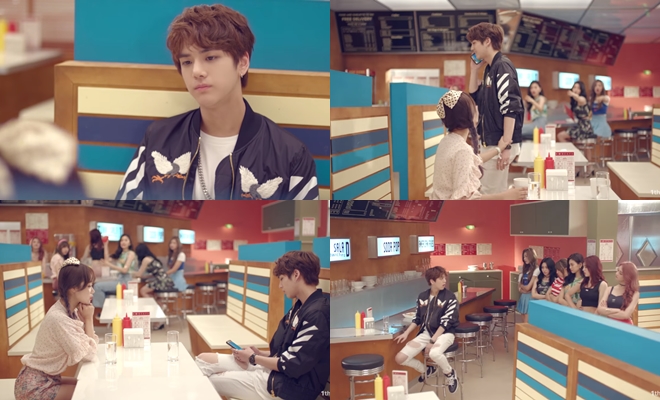 Have you watched the girls’ music video?

According to music insiders on August 10, the male lead in I.O.I‘s ‘Whatta Man’ MV is a member of an upcoming boy group from LOEN Entertainment. The member is identified as Younghoon. He is also one of the members for a new boy group that is set to debut under Cre.Ker Entertainment. The group will debut early next year.

Hellokpop, as an independent Korean entertainment news website (without influence from any agency or corporation), we need your support! If you have enjoyed our work, consider to support us with a one-time or recurring donation from as low as US$5 to keep our site going! Donate securely below via Stripe, Paypal, Apple Pay or Google Wallet.
269
SHARES
FacebookTwitter
SubscribeGoogleWhatsappPinterestDiggRedditStumbleuponVkWeiboPocketTumblrMailMeneameOdnoklassniki
Related Itemscre.ker entertainmentI.O.ILoen EntertainmentWhatta ManYounghoon
← Previous Story Chinese Smartphone Brand Removes Song Joong Ki From Ads
Next Story → Tickets For Lee Jong Suk’s Fan Meeting Sold Out Within 5 Minutes