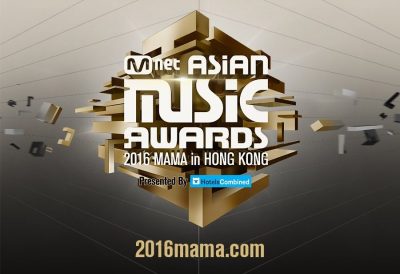 Fans, brace yourselves for MAMA 2016!

Nominees for the Mnet Asian Music Awards 2016 (MAMA 2016) has been announced for the 19 categories of this year’s awarding ceremony.

MAMA 2016, which will be held at Asia World Expo in Hong Kong on December 2, has opened its voting period on October 28, 7 p.m. KST. It is scheduled to end on December 1, 12 midnight KST.

BIGBANG currently holds the record for the most number of Daesang (grand prizes) of MAMA with five awards including last year’s Artist of the Year.

The excitement for the awarding ceremony has also reached the worldwide trends of the social networking site, Twitter.

MAMA, which began in 1999, is considered as one of the major awarding ceremonies in the Korean pop industry that involved the participation of celebrities from different parts of Asia.

Songs released from October 31, 2015 to October 27, 2016 are eligible to be nominated in MAMA 2016. A combination of user voting via mobile and internet, expert judges, expert research, album and song sales, combined digital chart rankings, and a MAMA selection committee will determine the final winners for each categories.

For the full list of nominees to vote for your #2016MAMA bets, visit mama.mwave.me.

Hellokpop, as an independent Korean entertainment news website (without influence from any agency or corporation), we need your support! If you have enjoyed our work, consider to support us with a one-time or recurring donation from as low as US$5 to keep our site going! Donate securely below via Stripe, Paypal, Apple Pay or Google Wallet.
86
SHARES
FacebookTwitter
SubscribeGoogleWhatsappPinterestDiggRedditStumbleuponVkWeiboPocketTumblrMailMeneameOdnoklassniki
Related Items2016 MAMABIG BANGEXOMAMA 2016Mnet Asian Music Awards
← Previous Story Rainbow Disbands After 7 Years
Next Story → B1A4 Signs New Contract With Universal Music Japan