MAMA reveals its star host for this year’s ceremony and it is the lovely Song Joong Ki!

With the approaching of the Mnet Asian Music Awards (MAMA) ceremony, more details continue to be revealed. For the latest update, we got the person who will walk us through the whole event and the name that popped up is well known to many. 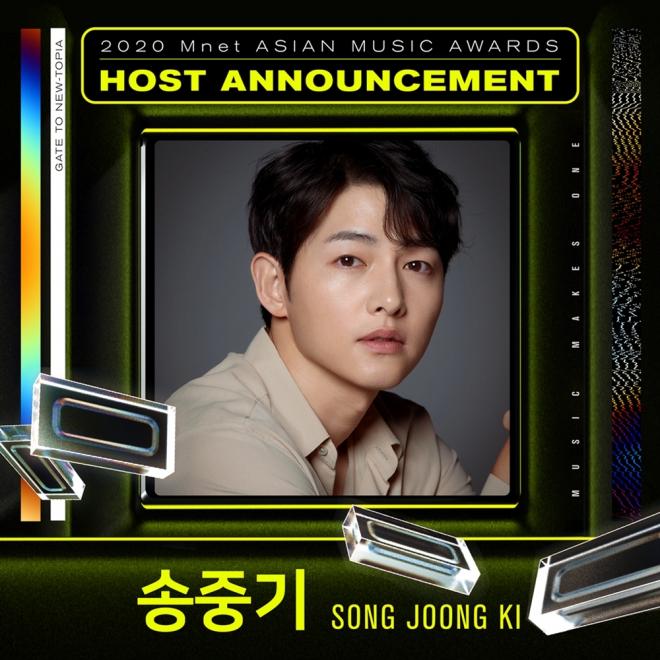 This year, MAMA marks its 12th anniversary as a global music awards ceremony, hosted by CJ ENM. Previously, it was held in various cities, but this year it will be a non-face-to-face show, due to the Corona 19 situation.

The festival is scheduled to take place on December 6, with a stellar lineup of artists and performances to look forward to.  About MAMA, Mnet said, “This year, we will visit our fans with a new music festival that transcends time and space.”

Like each time before, the awards show chose a new and interesting theme called NEW-TOPIA. Through it, a new world will emerge combining with the age of technology, where there is a world where fans from all over the world can connect and meet each other through music.

Currently, the voting for various categories is still ongoing on the official website of MAMA. In addition, fans can cast their votes on Twitter, using a registered and public account. Do not forget to give your vote to your favorites and look forward to the festival.

Also, HELLOKPOP is hosting a special giveaway to win a signed album by 2020 MAMA artist nominees. This opportunity is held on HELLOKPOP’s Twitter.