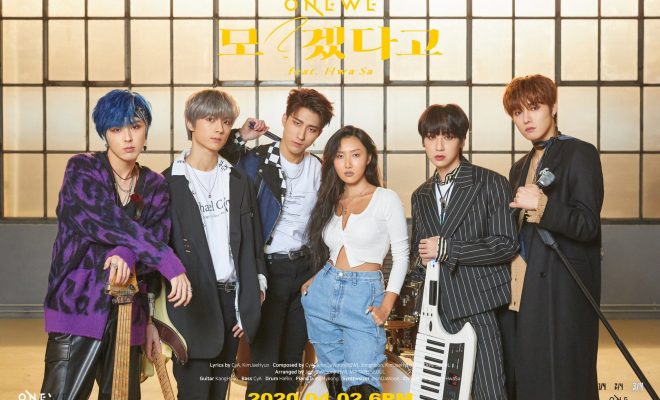 MAMAMOO’s Hwasa To Feature In Comeback Track Of Labelmates ONEWE

MAMAMOO’s Hwasa has stepped out to work on a song with ONEWE, the boy band from her label RBW. On March 26, ONEWE released special concept photos and preview video of their title song “Q”.

The song is a part of their upcoming digital single 3/4 through the official SNS channels. The photos and video also features Hwasa, which confirmed her collaboration with the band.

In the released photos, the team displays a solid chemistry and their loud visuals are eye-catching. A perfect synergy is expected from the team as ONEWE will showcase their chic and strong charms which will be boosted by Hwasa’s girl crush image. 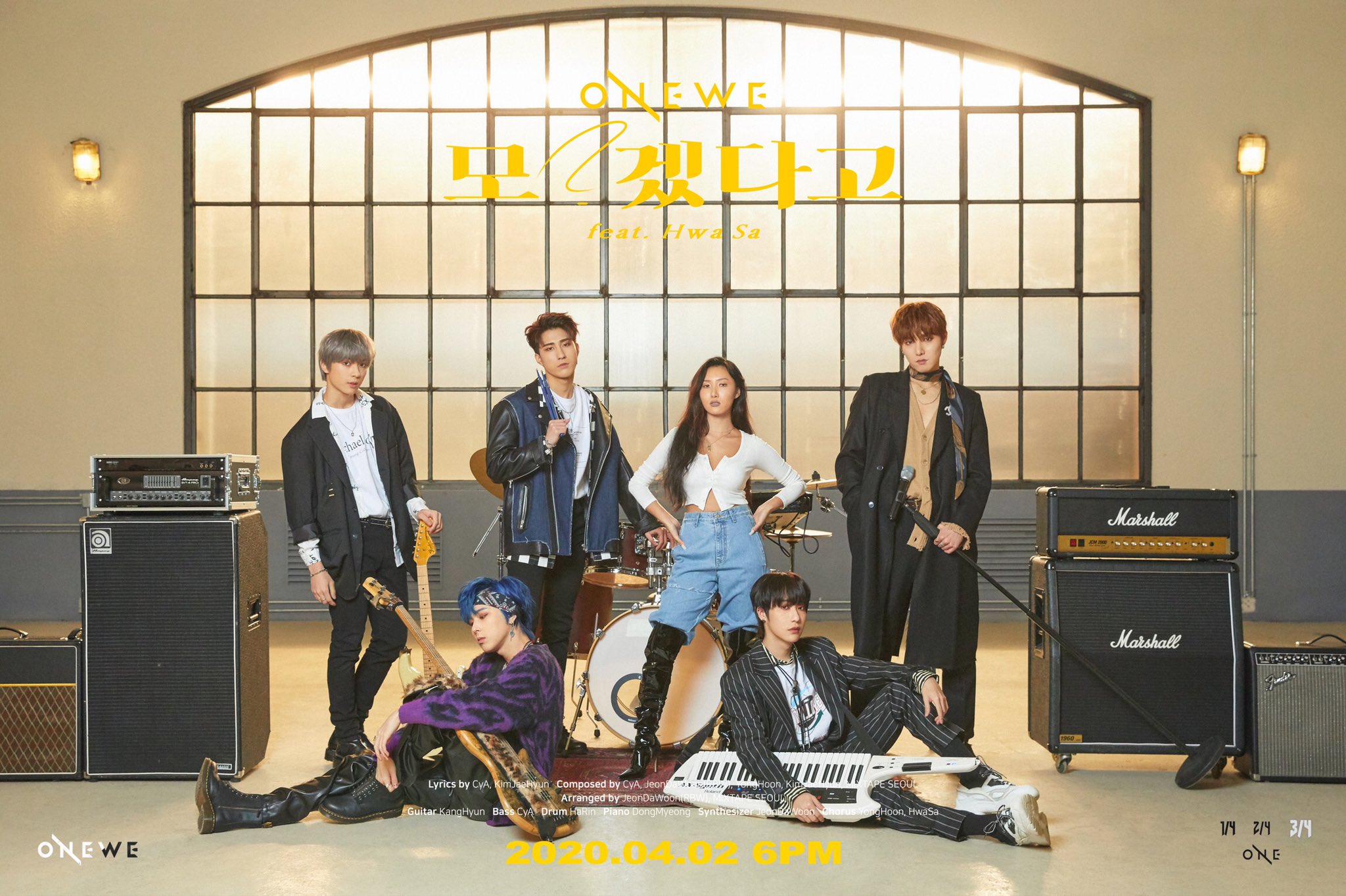 Additionally, the preview video the band also released contained a sketch of the artists as they work on their new song “Q” in the recording studio.

After successfully recording in a warm atmosphere Hwasa said, “I am so happy to be able to work with the band. Fighting!” She also expressed her gratitude saying, “I thank you for actively giving me ideas for the song recording.”

This is not the first collaboration between the RBW labelmates. Earlier, the members of the band had performed as a session band for MAMAMOO’s performance at the 2016 KBS Song Festival.

Again, the band collaborated with Hwasa to perform Queen’s “Bohemian Rhapsody” and “We Will Rock You” at the 2018 MBC Music Festival. Recently, the band also covered MAMAMOO’s hit song “HIP” by recreating its rock version.

It can be expected that the attention of music fans will be focused on the first collaborative song between the label-mates.