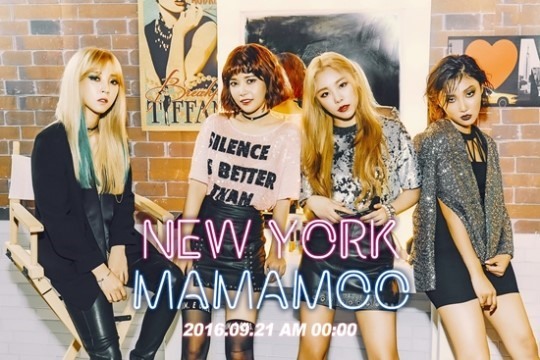 Mamamoo To Return With A New Single This Month

On September 12, Mamamoo unveiled a teaser photo through its official SNS accounts, dropping a hint for the release of the group’s upcoming single.

In the picture, the girls wear fashionable outfits. They capture all eyes with their outstanding new hairstyles.

Based on the information in the teaser photo, the quartet will drop their new track titled New York on September 21.

Meanwhile, according to the group’s agency, RBW Entertainment, the new single is part of the band’s upcoming full-length album. It will also feature the previously released Angel and Dabdab, and will drop in October.