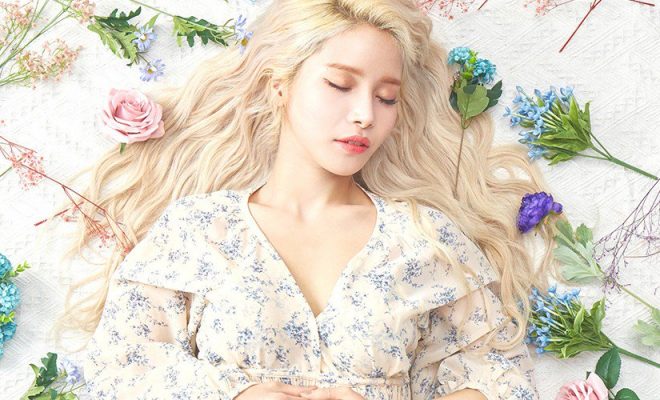 After Whee In, Solar is the next MAMAMOO member to kick off solo activity!

According to RBW agency, MAMAMOO leader Solar is set to kick off her first solo concert next month.

During the concert, the singer is expected to perform various tracks from her “Solar Gamsung” project, which features re-imagined versions of old Korean pop songs. In addition, the idol will also reveal some of her self-written tracks in the upcoming event.

It is reported that MAMAMOO members plan to develop further their solo activities in 2018. Earlier on, another group member Whee In confirmed her plan to debut as a soloist with a new album slated to be released this April.

Solar’s upcoming concert will take place on April 27 and 28 at Ewha Womans University in Seoul.