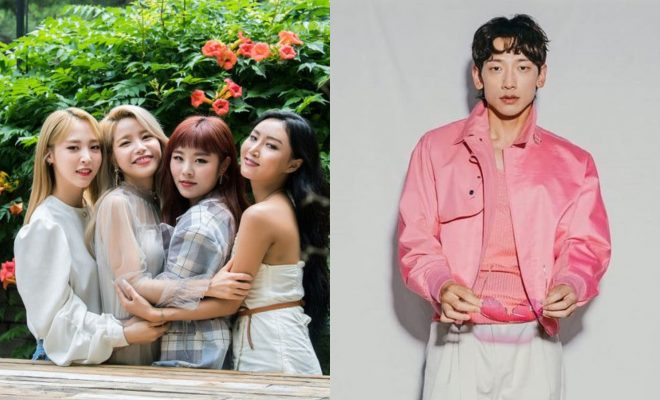 A striking collaboration is coming to make the K-Pop world more spectacular as SSAK3’s Rain and MAMAMOO team up for an electrifying song!

SSAK3’s Rain is all set to dominate the music industry with his debut solo track, which will feature the well-loved K-pop girl group MAMAMOO.

On July 24, the MBC staff announced the collaboration between the artists through a newsletter and asked fans to look forward to it. 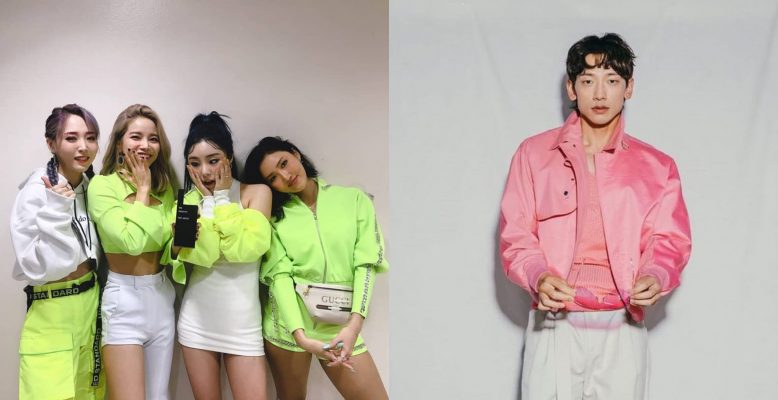 “MAMAMOO will be with us and they made [Rain’s solo debut song] more exciting,” the MBC staff said.

While details are still under wraps, expectations are rising regarding the track’s overall vibe, which will surely fit the fans’ summer playlists.

Proving his outstanding skills as a well-rounded artist, Rain has worked with brilliant artists such as Hyuna and singer-songwriter Byul.

On the other hand, MAMAMOO has worked with top-notch artists like Bumkey on the track called “Don’t be Happy”, released in 2014.

The group also exhibited their synergy with soloists K.Will and Wheesung in the funky track “Peppermint Chocolate”.

In related news, SSAK3 recently achieved a praiseworthy feat with their debut title track “Summer Sea Again”. Upon its release on July 18, the summer bop quickly climbed to the top of domestic music charts, such as Melon and Genie.

Further exhibiting their power as professional performers, the trio also recorded one million unique listeners on Genie with their latest track.

Rain’s upcoming solo song would be part of the the group’s debut activities, which has kicked off on July 25. SSAK3 also made their debut stage on the same day with “Summer Sea Again” at MBC Show! Music Core.

Photos and Videos from RBW Entertainment and Munhwa Broadcasting Corporation