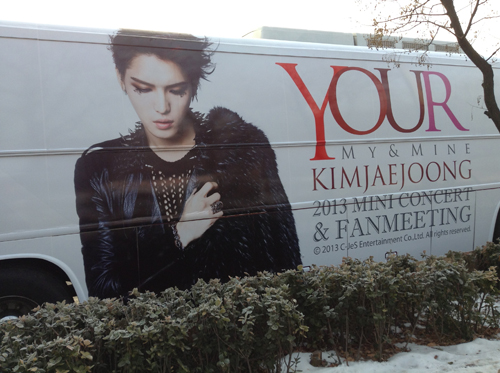 C-JeS Entertainment stated on the afternoon of January 14th, “With Kim Jae Joong’s firs mini album Mine about to be fully released, we have started in official promotional activities. We prepared a wrapping bus with Kim Jae Joong’s face to move around Seoul. Also, we have held hands with Naver and Daum’s main advertisement and many other various promotional options that fans can meet Kim Jae Joong.”

Prior to releasing the full album, Kim Jae Joong released One Kiss. In 9 countries, the song One Kiss has been placed number one on iTunes and rock charts. Following the release of the album, he will be holding his solo performance Your, My and Mine. Tickets for both days have sold out and caused a paralyzed server.

On the other hand, Kim Jae Joong is holding his performances on January 26 and 27 at Ilsan Kintex. 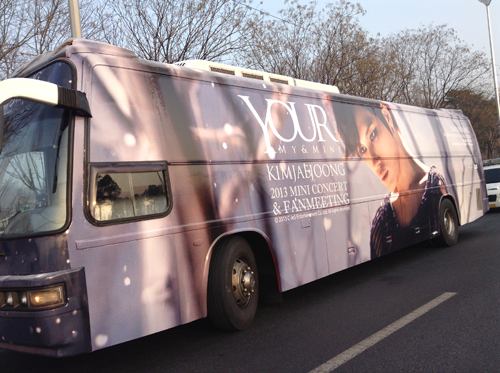