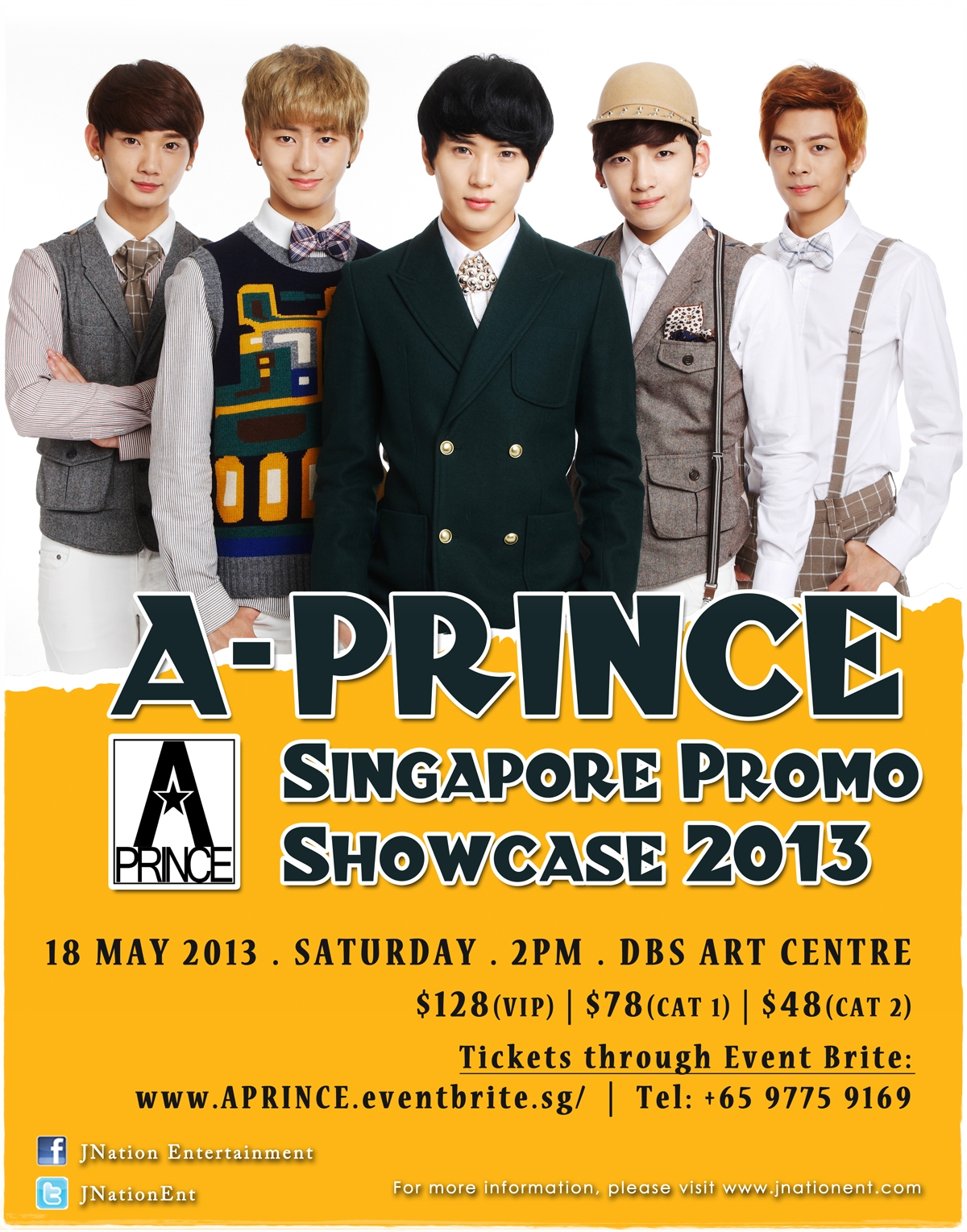 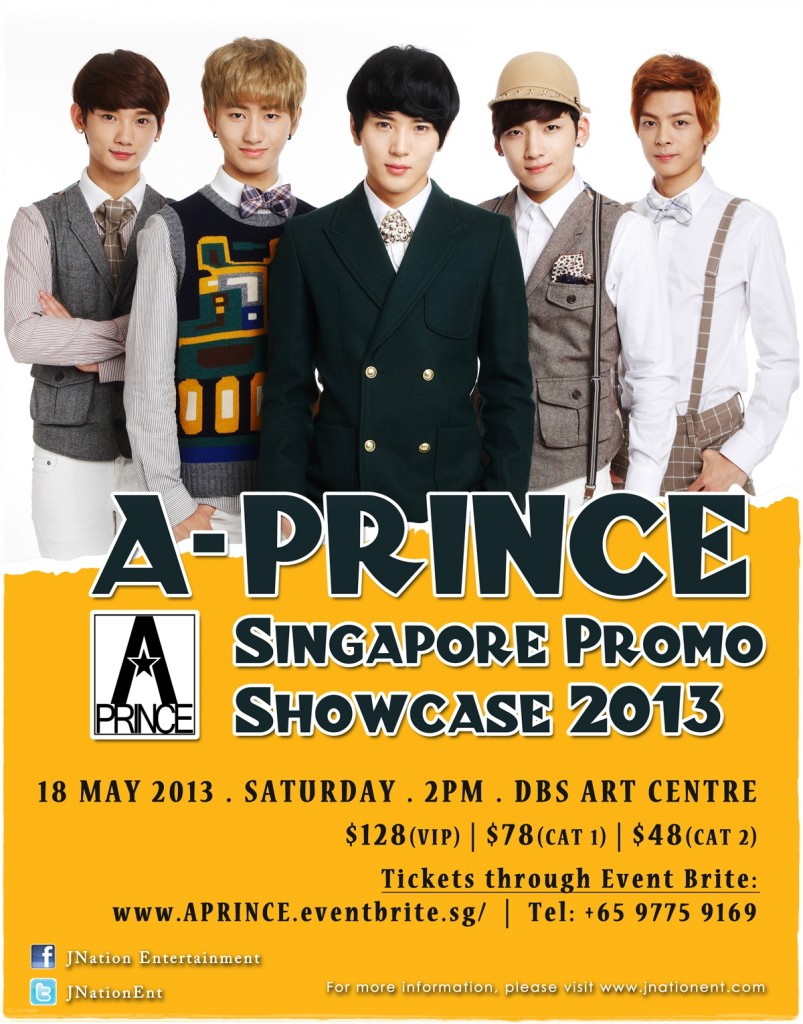 Fans in Singapore and nearby countries can look forward to meeting rookie boy group A-Prince for their first ever showcase in Singapore!

For the coming showcase held in 18 May, A-Prince will not just impress fans with their performances as the event will also feature a lot of interactive activities for fans to get an up-close opportunity with the members. Comprising of 5 members; Prince of Prince Sungwon, Sxx Prince Minhyuk, Smile Prince Seungjun, Cutie Prince Siyoon and Pure/Baby Prince Woobin.

A-Prince first received much attention from their pre-debut single, You’re The Only One, which was written by MBLAQ‘s vocalist, G.O. The New Planet Entertainment’s boy group then debuted in November 2012 with the mini album Hello.

A-Prince has also ambitiously ventured into the Japan market with promotions and held a showcase followed by their first solo concert in Tokyo last December. Barely two months into their debut, their daring move paid off. A-Prince’s successful Japan concert attracted more than 1,000 fans, which is considered an amazing feat for a rookie group.

Their talents were recognized during the Asia Model Festival Awards 2013 in Seoul, where A-Prince was awarded the ‘K-Pop Rising Singer Award’. They bagged the ‘Rookie Award’ at the Korean Culture Entertainment Awards. They also got appointed as Korean Boy Scout honorary ambassadors.

A-PRINCE Showcase Live in Singapore is presented by JNation Entertainment.