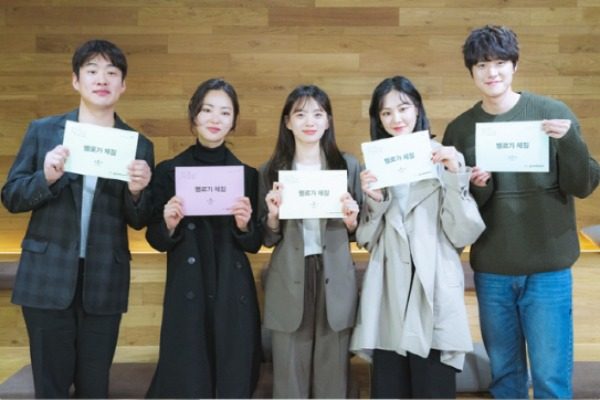 The network released images of the cast as they came together for the drama’s first script reading.

Melo Suits Me is an upcoming jTBC romantic comedy drama about the lives of thirty-year-old career women. It will follow the stories of three best friends, Im Jin Joo, Lee Eun Jung and Hwang Han Joo, as they experience life’s ups and downs.  The images, released on June 27 showed the actors taking part in the first table read which took place in March in Sangam-dong in Seoul. Director Lee Byung Hun and writer Kim Young Young attended together with the cast as well. 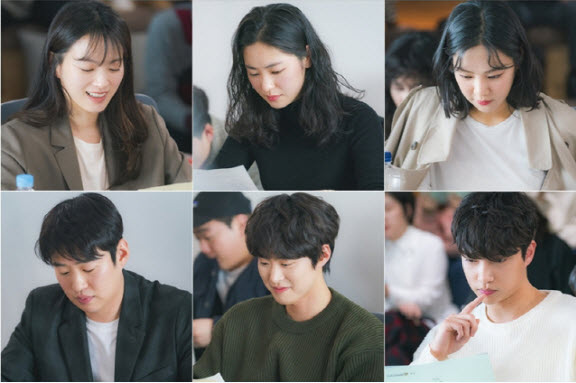 Actress Chun Woo Hee (Argon) plays Im Jin Joo, a drama series writer. She has a lot of emotional baggage. Her character’s personality is quite unique. The actress said, “I tried to be 100% in character, although it is hard. There are a lot of things to consider so I studied the script and I just immersed naturally.”

Jeon Yeo Bin (Save Me), who challenges herself in her first starring role, portrays Lee Eun Jung. She is a documentary director and described as “the most rational of the characters”. Her dark story and distinct charm add intrigue to her character.

Playing the role Hwang Han Joo is actress Han Ji Eun (100 Days My Prince). She is a Marketing Director of a drama production company. Despite her many struggles, she is quick to laugh and always keep a positive attitude. The three leads portraying strong-willed characters, displayed chemistry of real-life best friends during the read through. 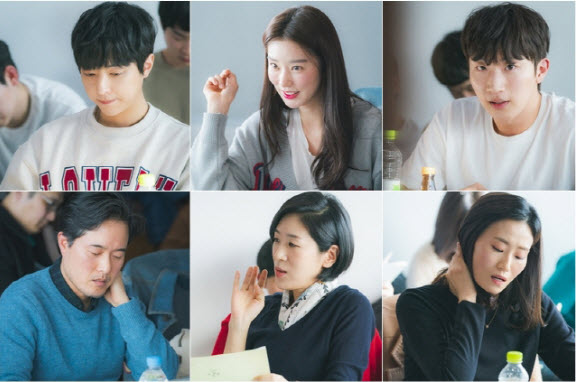 Joining the female leads are actors Ahn Jae Hong (Fight For My Way) and Gong Myung (Feel Good To Die). Ahn will give life to Son Beom Soo, a successful Director who lost his drive and interest in his work. Menwhile, Gong Myung will play Choo Jae Hoon a colleague of Hwang Han Joo. This project reunites Gong Myung and Ahn Jae Hong with Director Lee Byung Hun. Gong Myung worked with him in the movie Extreme Job, while Ahn Jae Hong played a role in the 2015 film Twenty.

The drama’s director, Lee Byung Hun praises the cast for their dedication. He said, “The synergy between the actors is really good.” “I don’t think I have to worry, instead I will have fun while shooting the scenes”, he added. 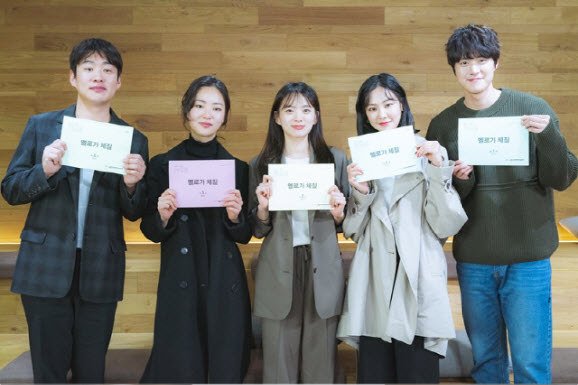 According to the production team the cast’s acting combined with PD Lee Byung Hun’s realistic and comedic approach make for an interesting drama. “Despite meeting for the first time, the actors showed impressive chemistry, with that this drama will be fun and it will bring huge smiles to the viewers.”

Melo Suits Me eyes its premiere in July following the conclusion of Chief of Staff.

Images are from jTBC collated by sportschosun.

We need your support! If you have enjoyed our work, consider to support us with a one-time or recurring donation from as low as $5 to keep our site going! Donate securely below via Stripe, Paypal, Apple Pay or Google Wallet.
FacebookTwitter
SubscribeGoogleWhatsappPinterestDiggRedditStumbleuponVkWeiboPocketTumblrMailMeneameOdnoklassniki
Related ItemsAhn Jae HongChun Woo-heefirst script readingGong MyungHan Ji EunJeon Yeo Binjtbc dramaMelo Suits Me
← Previous Story K-Photo Reel: Yoon So Hee Releases Four Facets Of Her Personality
Next Story → Kwak Dong Yeon To Cameo In SBS New Drama “Doctor Detective”