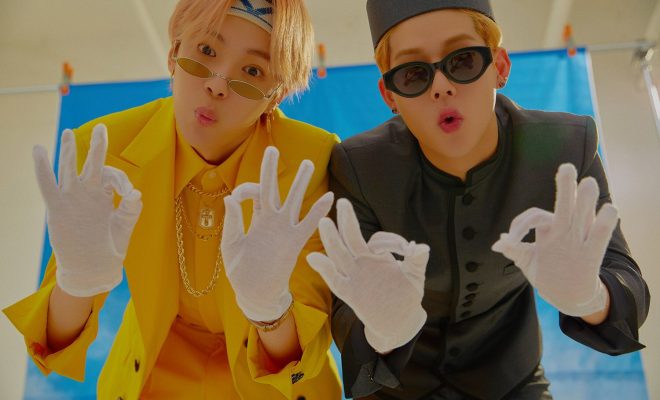 A team-up of the group’s sunshines – MONSTA X members Minhyuk and Joohoney are bringing the unit Monbebes had been waiting for!

MONSTA X introduces a new sub-unit made up of members Minhyuk and Joohoney for the former’s upcoming first-ever mixtape! 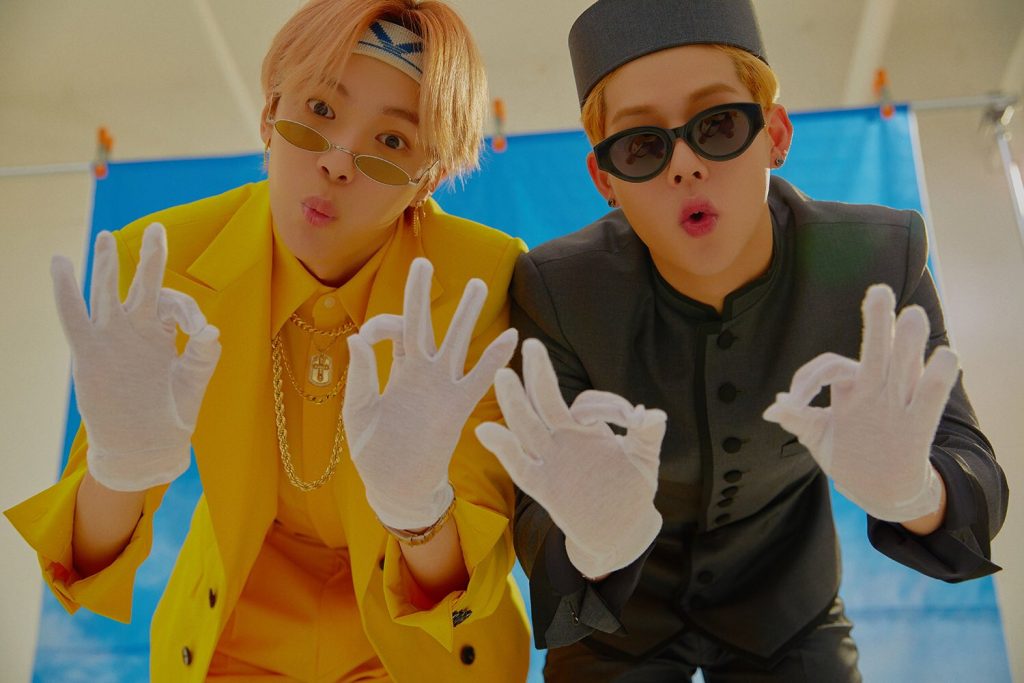 On the night of June 27 KST, the group surprised fans with teaser photos of the two clad in quirky, attention-grabbing outfits, complemented by a shining yellow background.

The three sets of photos released on the group’s social media accounts also contained hashtags which gave hints about the unit.

It contained a combination of the Hangul consonants “ᄋᄉᄋ” and with each set containing the syllables “옹”, “심”,and “이” released in order, the hint was inferred as “옹심이”. In the Gangwon dialect, the word literally translates to “bird’s egg”.

These teasers are an over-all preview of the creation of a unique concept unit within MONSTA X, who have attracted attention with its strong performance and sound.

Among the idol units, the photos alone show the unprecedented charm, signaling the birth of the all-time high-profile unit. Though shrouded in mystery, many music fans were already curious and expecting a great output from Minhyuk and Joohoney.

During a recent press conference, Minhyuk hinted that  he had prepared a unit with Joohoney since early 2018. Additionally, he also mentioned in the past that they have prepared “something that idols have never done before”.

With this, fans have also deduced some ideas on what Minhyuk and Joohoney are gearing up for. Among these is the possibility of a new song – probably in the trot genre – being released.

Finally, on June 28, the two members revealed what they have in store for the fans. Through the release of another teaser photo, they revealed that Minhyuk will be dropping his own mixtape with the title being the Korean word they previously hinted at.

The mixtape will feature Joohoney, who also produced it himself. It is set to be immediately released on June 28 at 10 PM KST – proving that this is indeed a grand surprise from the two.

READ: MONSTA X Spells Splendor In Luxurious Music Video For “Who Do U Love?”

It is the first time Minhyuk will be releasing his own mixtape so this announces the birth of a next generation class unit.