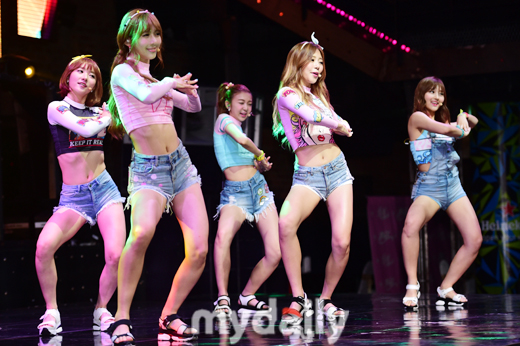 MINX Wants To Be Like Girls’ Generation and Shinhwa

When the girls were asked about their role models, they said: ”

They continued to say:

For girl group, it is Girls’ Generation- sunbaenim. The members look like they are all really close with each others.

The music video for Love Shake was also released on the same day.

We need your support! If you have enjoyed our work, consider to support us with a one-time or recurring donation from as low as US$5 to keep our site going! Donate securely below via Stripe, Paypal, Apple Pay or Google Wallet.
103
SHARES
FacebookTwitter
SubscribeGoogleWhatsappPinterestDiggRedditStumbleuponVkWeiboPocketTumblrMailMeneameOdnoklassniki
Related ItemsHappy Face EntertainmentlistMINXminx love shakequiz
← Previous Story Secret’s Hyosung Poses Gorgeously in Wedding Dresses for InStyle
Next Story → BTOB Teases With “Future Tomorrow” In Video Message For ‘KMF2015 in Sapporo’