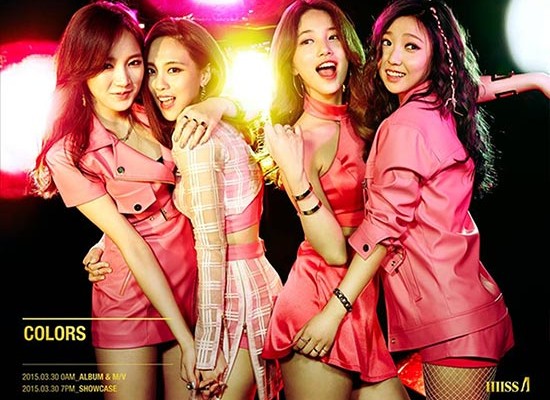 Miss A To Return With New “Colors”

After taking a long break from the music industry, miss A will be finally making its comeback on late March with a new album, titled Colors.

On March 18, JYP Entertainment unveiled a set of teaser photos, showing the warm friendship between the members. In the photos, the girls are seen dressing in hot pink and red outfits, while embracing each other tightly, accompanied with colorful neon lights in the background, which make their beautiful faces to stand out. Striking various attractive poses, Fei, Jia, Min and Suzy all have their bright and flawless smiles on, showing their excitement for this March comeback. 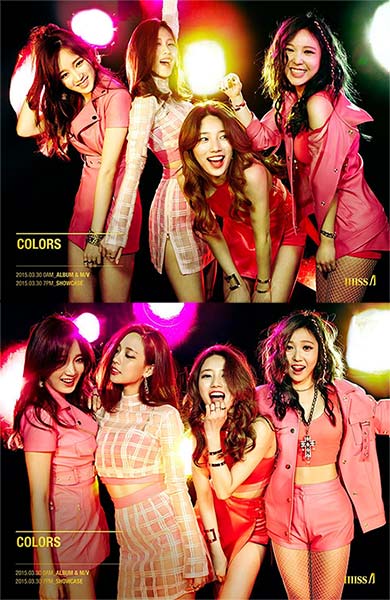 The coming album Colors will be dropped on March 30, marking it as miss A’s first release since Hush in 2013. It is also revealed that the four-member group will be having their comeback showcase on the same day.