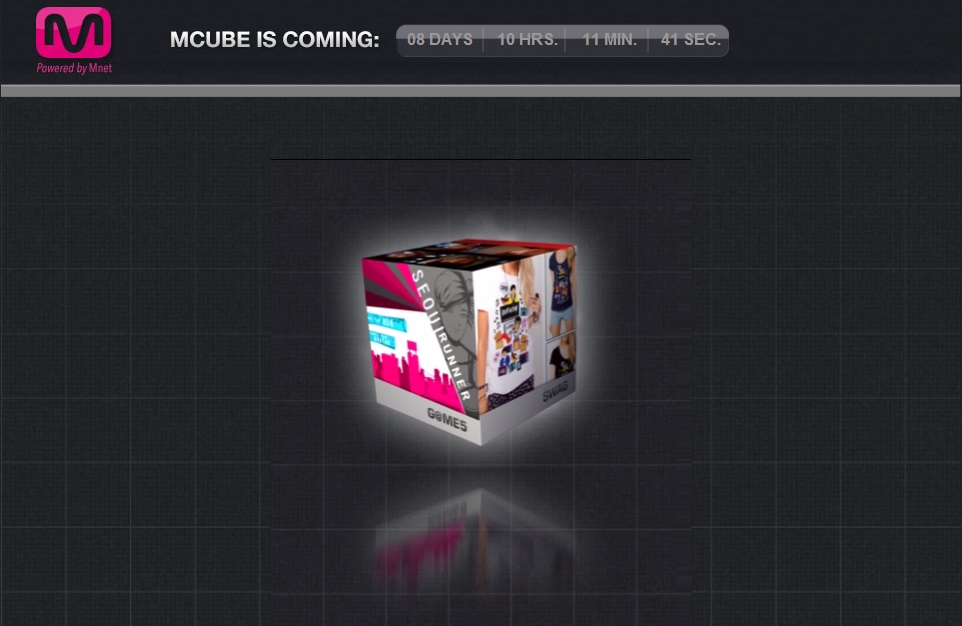 Mnet to launch MCube – a digital portal for Asian entertainment

Starting October 13, fans of K-pop and all Asian pop culture and entertainment will finally have a destination dedicated to everything they love – and which can be accessed on their favorite digital platforms.  Today, Mnet (www.mnetamerica.com) announced the launch of MCube – the first digital portal for all things Asian cool.

The Cube will launch on October 13 at KCON (www.kconusa.com), the first ever large-scale convention for fans of K-pop and the style and trends associated with the Korean Wave (a.k.a. Hallyu), which will hit the West Coast of the U.S. during this festival and concert at the Verizon Amphitheatre in Irvine, CA.  On launch day, MCube will make available exclusive video content from the highly anticipated convention and star-studded concert. These events will be live-streamed through MCube’s Back Stage Pass – an application that allows users to send video content through a wireless device directly onto the MCube’s multiple platforms.

“As we have seen with the explosion in popularity of PSY and his ‘Gangnam Style’ video that now has over 300 million views on YouTube alone, there is a buzz in the U.S. around K-pop and Asian entertainment like never before – and this excitement is coming not only from Asian Americans, but young people across the country,” said Ted Kim, acting president and CEO of Mnet. “With MCube, live experiences like KCON, and our TV network – the first of its kind – Mnet continues to entertain our young audience in every way possible, and via every medium they crave.  We can’t wait until October 13.”

MCube (www.whatismcube.com) will entertain fans while they interact with each other online and via mobile devices. Initially available online, MCube is a groundbreaking interface that features an actual cube on the home page that can be spun horizontally or vertically (or shaken in the soon-to-be-released iPad version), allowing users to access six “faces”, each dedicated to a different feature important to young Americans from ages 12-29: Music, Social, Studio, Culture, Games and Swag.

MCube was created by MEDL Mobile, Inc. (OTCBB: MEDL.OB) – a pioneer in the creation, development, marketing and monetization of mobile apps.  MCube brings advertisers the ability to reach a young audience that is hungry for content in this genre across multiple platforms. It will be available at launch via the completely redesigned www.mnetamerica.com, and later in October in the iTunes app store.  A video introducing MCube can be seen at www.whatismcube.com.