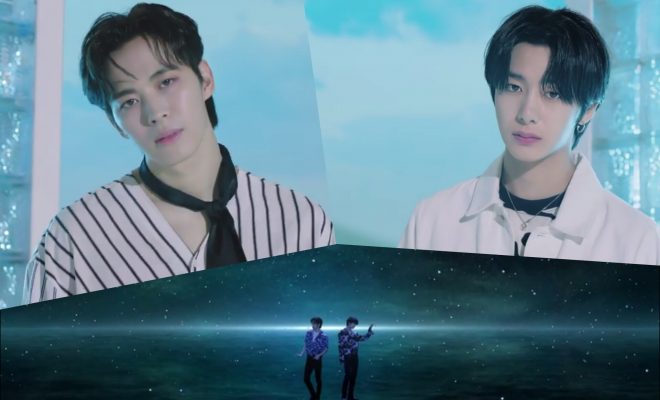 MONSTA X’s Hyungwon and VIXX’s Hongbin gave fans both an explosion of visuals on Earth and colors up in the sky!

MONSTA X’s Hyungwon and VIXX’s Hongbin set fireworks to the sky – and also on fans’ hearts – on the latest music video teaser for “Cool Love”! 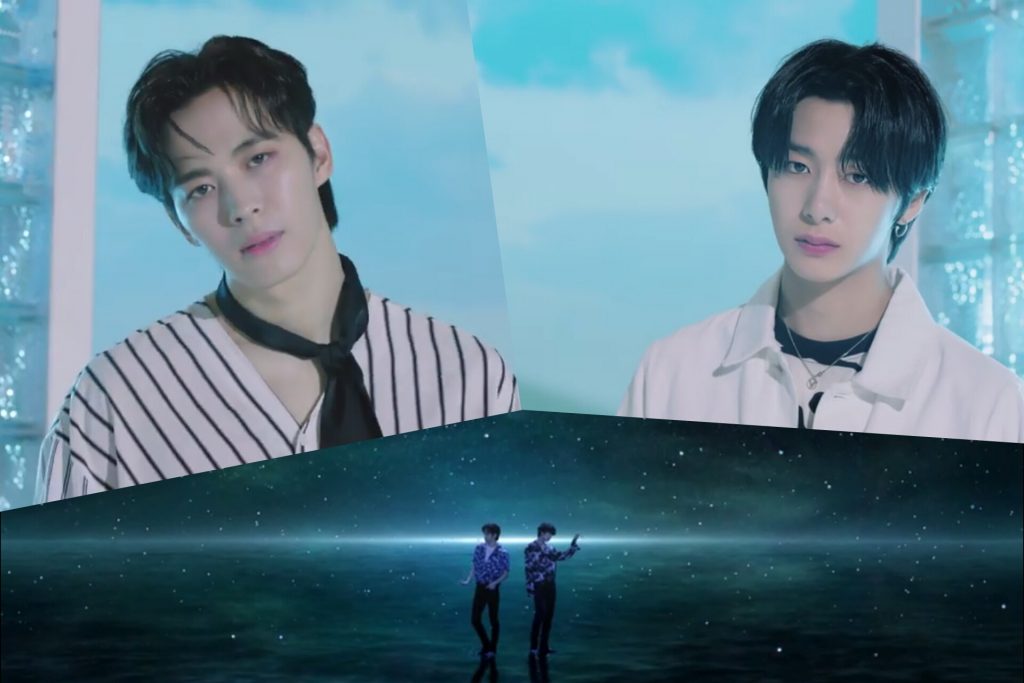 On the twenty-five-second clip released by Starship Entertainment on July 3, the two idols teamed up once again to ignite fans’ hearts with more excitement for their upcoming collaboration.

Boasting of a visual explosion from both Hyungwon and Hongbin, the short teaser also gave fans a taste of the smooth choreography for the much-anticipated collaboration track. 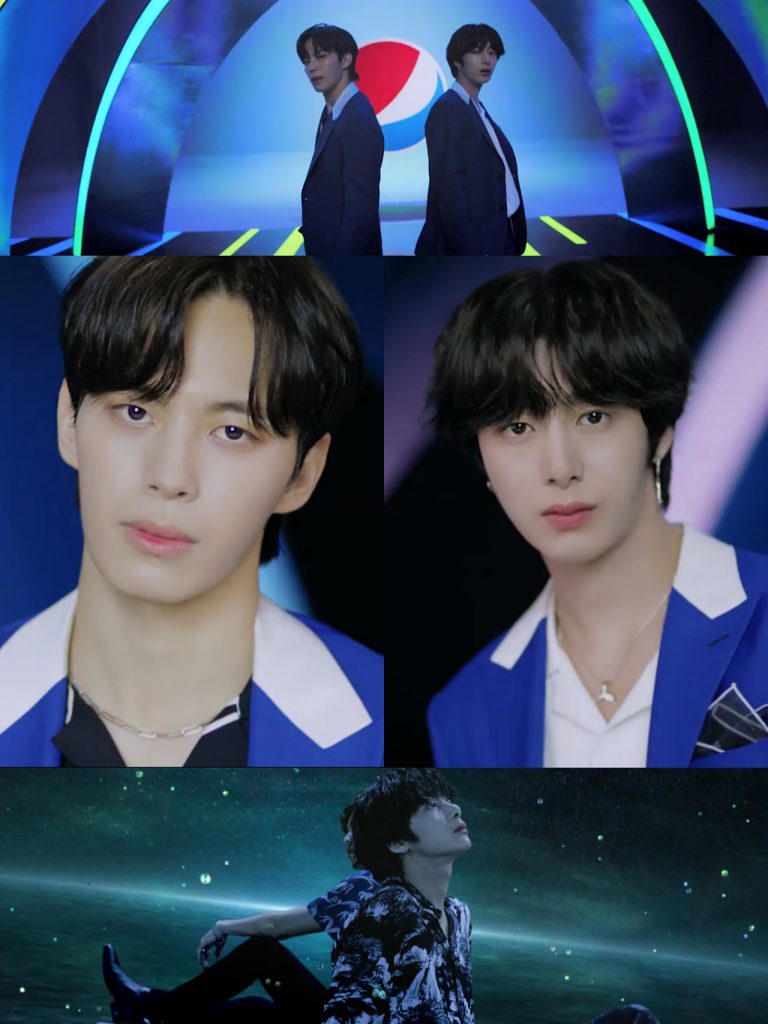 The teaser gave another preview of the very refreshing EDM beat of “Cool Love” as well, which was previously hinted at by the audio preview shared by Starship Entertainment on June 25. However, fans also got to listen to the line “Cool love” sang in a very suave way this time through the newest music video teaser.

The collaboration track will also have Hyungwon and Hongbin working together with producer DRESS to deliver one of this summer’s most anticipated bops.

“Cool Love” was earlier revealed to be a part of the 2019 Pepsi K-Pop Collab Project, with the popular beverage brand and Starship Entertainment.

Concept photos were previously revealed on June 30, where the two idols came to own the shade of electrifying blue with their top-tier visuals.