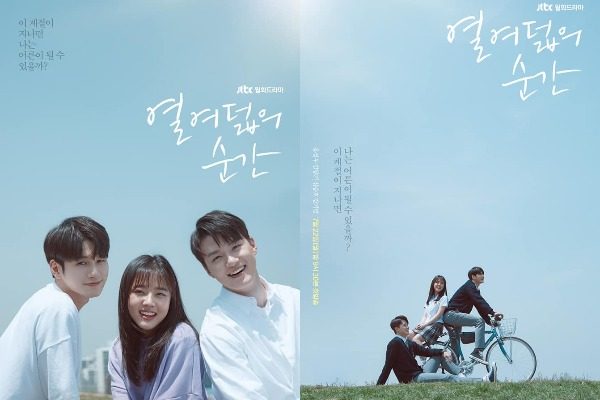 Ong Seong Wu, Kim Hyang Gi and Shin Seung Ho are a picture of youth in their drama’s main posters.

Moment at Eighteen (English title) is jTBC’s latest foray into the world of young adults, and the release of the series’ posters emits that youthful vibe.

The upcoming youth drama will depict the lives of 18-year-olds as they go through emotional highs and lows. Set in a school background, Moment at Eighteen will show deep and real emotions. It will capture moments that people experience once in life. Ong Seong Wu, taking on his first leading role in a drama, stars alongside actress Kim Hyang Gi and rising actor Shin Seung Ho. 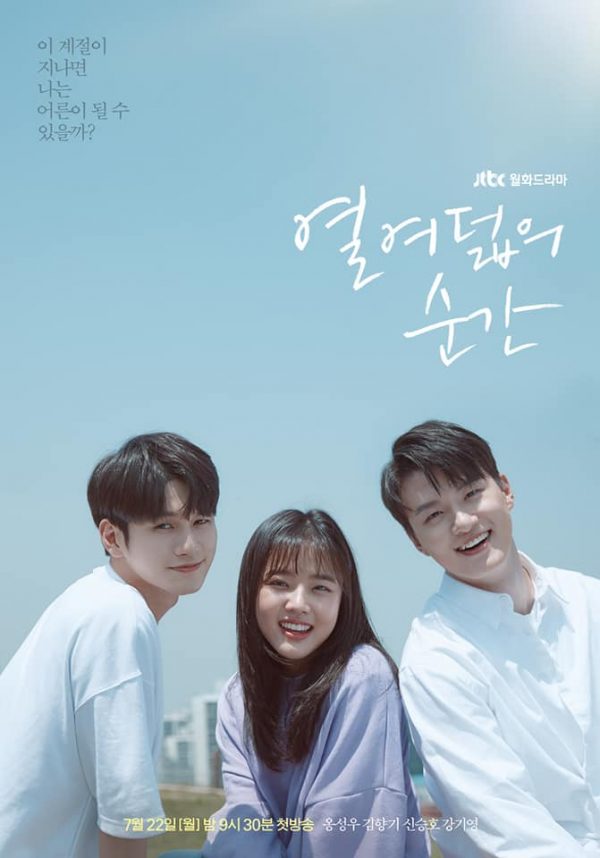 The first poster shows the three youthful cast members under a blue sky, displaying their smiles. Ong Seong Wu, with his timid smile, offers a glimpse into his character. He plays the loner and shy 18-year-old Choi Joon Woo. Meanwhile, Kim Hyang Gi who plays Yoo Soo Bin, is wearing a bright smile showing off her charm. She is giving off an aura of living in perfection. Shin Seung Ho displays a clear expression as he looks straight into the camera, belying the inner darkness of his character Ma Whi Young.

In the next poster, the young actors look far ahead in the same direction. It shows the characters enjoying a beautiful, warm summer day. The words on the poster read “Will I become an adult, after this season?” The line poses a question that most youths wonder about. It also expresses the fears and worries young adults face in real life as well. 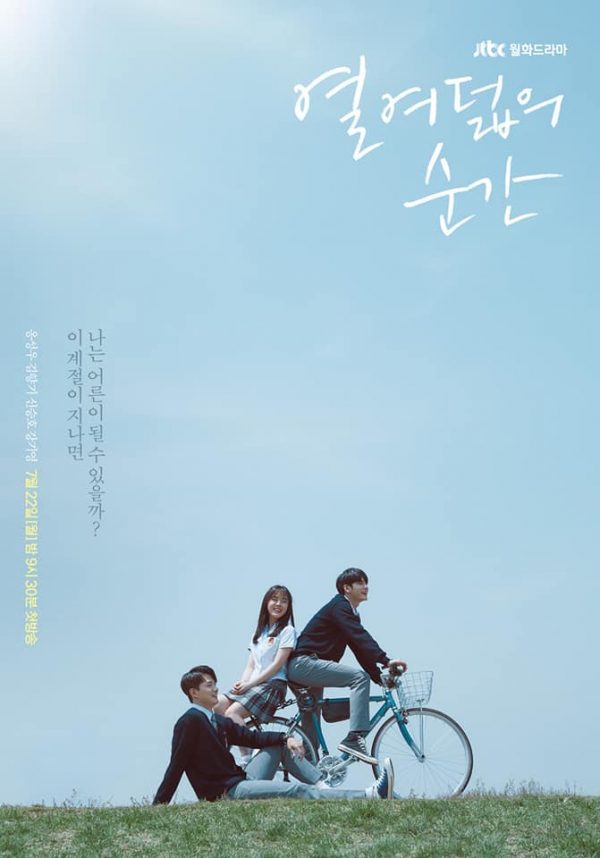 According to the production crew, fans can expect great and refreshing chemistry from the drama’s cast. “This summer, please look forward to a drama that will depict real and deep emotions experienced by today’s youth. Furthermore, Ong Seong Wu, Kim Hyang Gi and Shin Seung Ho will represent the young adults as they deal with life and experience moments we may have gone through once, when we were eighteen,” a source from the drama said.

Moment at Eighteen sets its first broadcast to July 22 on jTBC at 9:30PM KST. It takes over the slot currently occupied by The Wind Blows.