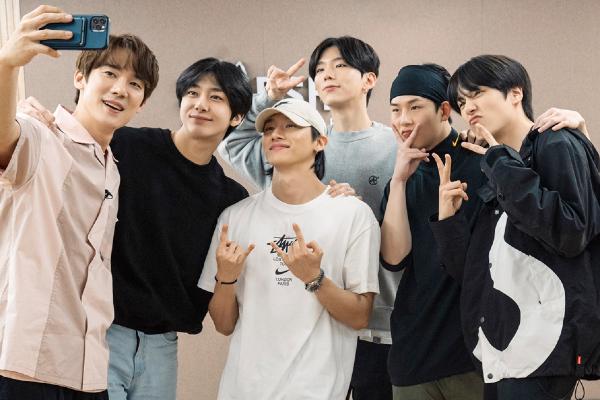 MONSTA X to have a fun-filled connection with actor Yoo Yeonseok through his YouTube content “The Yeonseok Weekend Show.”

Through the YouTube episode, the talented young men of MONSTA X will teach the Hospital Playlist actor with the point moves for the group’s recent title track “GAMBLER.”

As this unexpected interaction from these renowned artists commences this weekend, global fans can’t help but get extremely excited. Relatively, a behind-the-scenes cut of the “GAMBLER” TikTok Challenge was unveiled prior to the episode’s release. The behind-the-scenes cut featured MONSTA X and Yoo Yeonseok’s amazing combination that will absolutely make global fans’ hearts flutter.

It was a rather fun experience for the actor as he challenges himself to execute the song with MONSTA X. In addition, the powerhouse group plans to continue its special promotion with the global audience by creating two TikTok challenges. With the performance version and the rock-paper-scissors game version, the sextet hopes lots of global fans will participate.

Meanwhile, MONSTA X is actively promoting its 9th mini-album One Of A Kind headlined by the track “GAMBLER” on various music show programs. Also, the group is determined to release more content all throughout the album’s promotions. Specifically, MONSTA X has completed its colorful comeback show with Naver NOW’s #OUTNOW. The all-rounder group also displayed its endless charisma and charms in the first comeback stage with KBS2’s Music Bank followed by a wonderful performance on MBC’s Show! Music Core.

Furthermore, Yoo Yeon Seok is also preparing to meet his Korean drama fans through the second season of tvN’s Hospital Playlist which will premiere on June 17 at 9 PM KST.