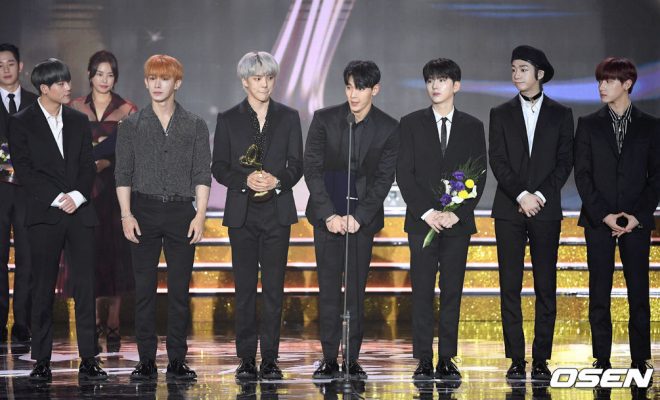 Shownu’s words as MONSTA X received their most recent commendation is a must-read for every Monbebe.

MONSTA X had expressed their gratitude for receiving the Minister of Culture, Sports, and Tourism’s Commendation Award at the 2019 Korean Popular Culture & Arts Awards during its ceremony last October 30 at the Olympic Hall in Seoul. 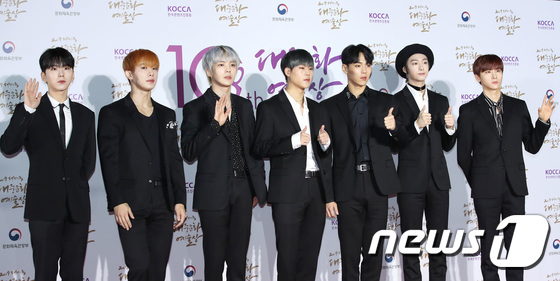 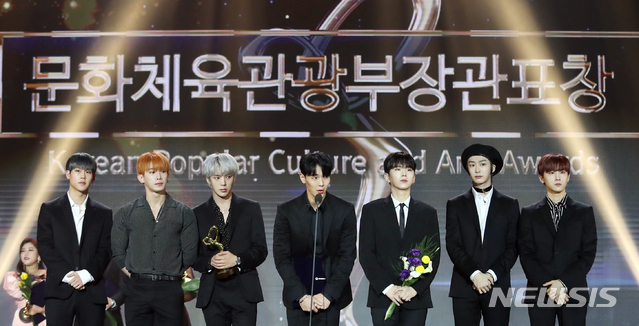 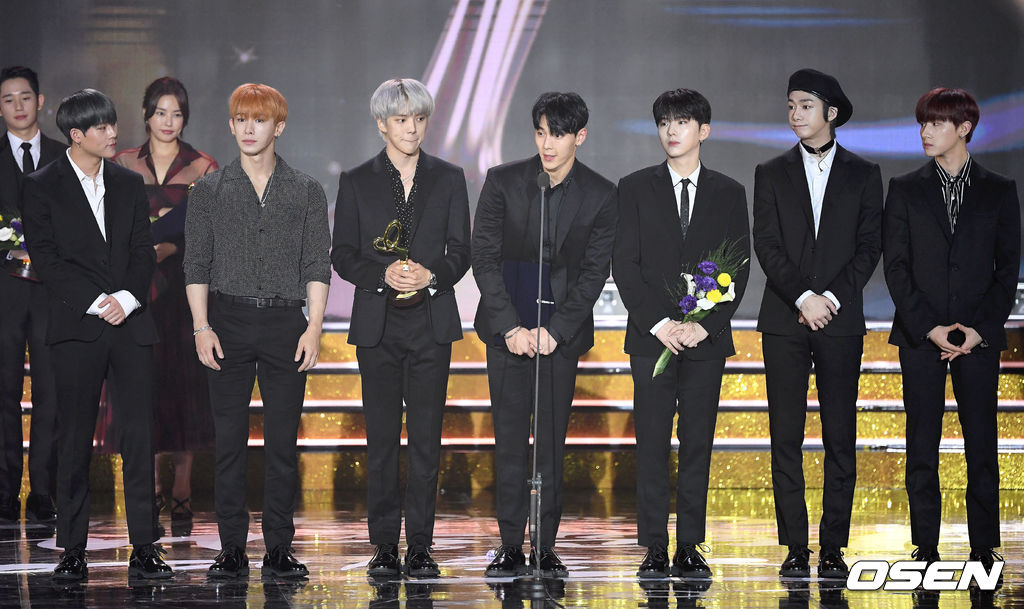 Besides posing at the ceremony’s red carpet, the group expressed their heartfelt gratitude for their fans who made it possible for them to receive such an honour.

“First of all, thank you for waiting in the cold. I always love you and want to meet you. I’m very honoured. I hope to meet you even better in the future!” leader Shownu sweetly addressed the Monbebes in the crowd.

While receiving their commendation, he also further talked about how happy they were to receive it.

“I feel honoured to be awarded while being surrounded by many seniors. Thanks to all the Monbebe from around the world who allowed us to shine at any place!” he also said – adding in a message to his groupmates afterwards. “To every member [of MONSTA X]: I love you. Thank you!”

He also talked a bit about their latest song titled “Follow”, which has been receiving so much love from fans since its release on October 28. “It’s an exciting song that everyone can enjoy. It’s a cool song,” Shownu described shortly.

They were also asked to show a quick sample of the song’s choreography, to which the leader quickly complied to by busting some of the moves from the song’s chorus while vocalist Kihyun sang in support. 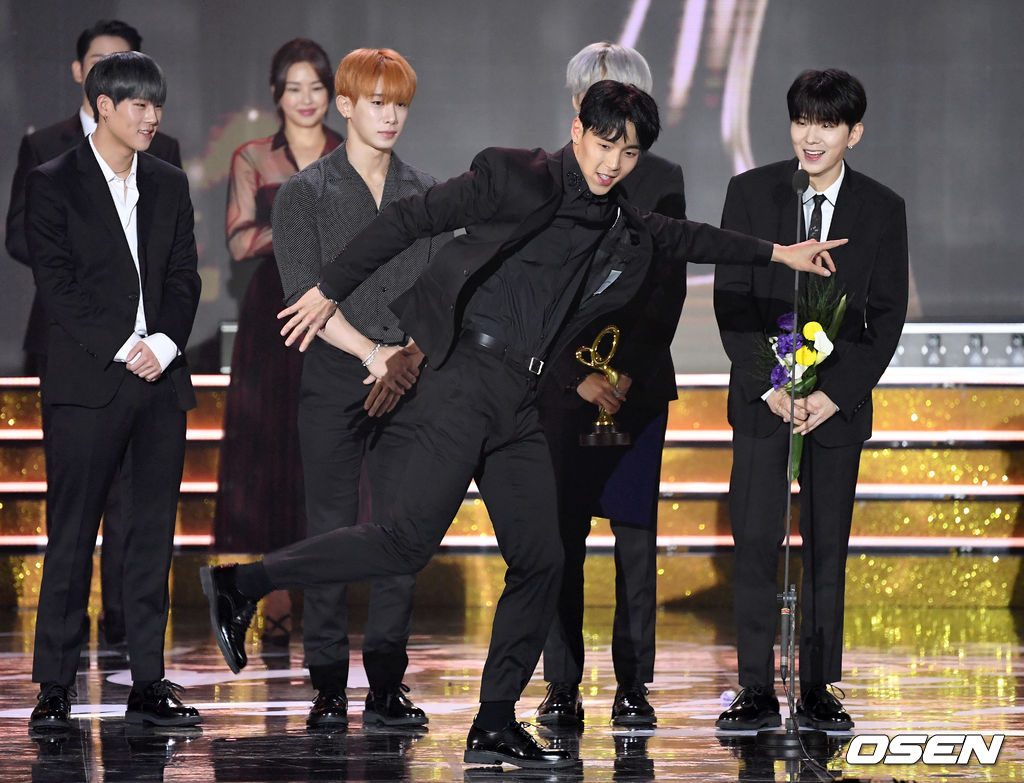 Adding to their appearance at the ceremony, MONSTA X also performed “Alligator” – where fellow artist awardees like Han Ji Min, Honey Lee, Kim Nam Gil, Jung Hae In, MAMAMOO, Jaehyun and Doyoung from NCT 127, and more were in attendance.