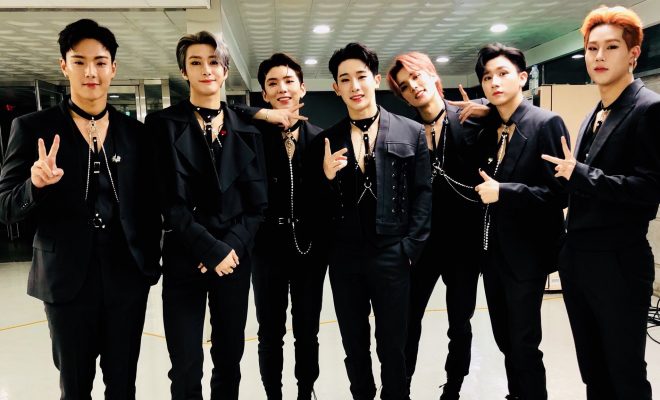 MONSTA X Asks “Are You There?” In Teaser For Its Anticipated Comeback

Global icon MONSTA X will be gracing us with a new era of songs, concepts and performances for its second full album.

MONSTA X just announced via social media channels that it will be releasing its second full album soon.

The teaser displays themes of time such as a clock and an hourglass in the beginning.

Gradually, the hourglass turns into an infinity symbol to signify the new concept the boys have in store for us.

The video then moves into a collage of video clips until a white screen pops up and I.M asks viewers, “Are you there?”.

The 2nd Album: Take. 1 will be their second full album following the first full album, The Clan Pt. 1. As for their mini albums, they have just finished activities for their sixth EP, The Connect: Dejavu. Famous tracks such as “Jealousy and “Fallin” came from their latest mini album.

Wonho, Minhyuk, Hyungwon, Jooheon, Kihyun, Shownu and I.M. debuted with Trespass in 2015 and quickly followed up with Rush in the same year. In 2016, they dropped the first two parts of their The Clan series. The Clan Pt. 1 Lost was released on May 18, while The Clan Pt. 2 Guilty came after on October 4.

They released the last part of their “Clan chronicles”, and their first full album, The Clan Pt. 2.5: The Final Chapter on March 2017. After that, they won their first music broadcast award through the title track of their 5th mini album The Code, “Dramarama”.

Stay updated with MONSTA X through their Twitter. For the latest K-pop news, stay tuned for updates at @hellokpop on Twitter.