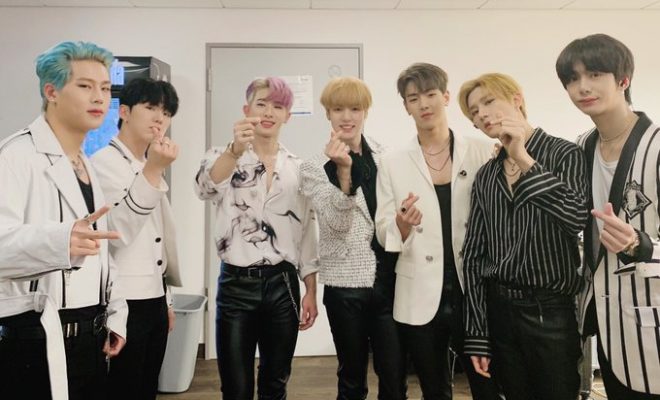 MONSTA X joins the busy season of comebacks this fall with another powerful mini-album!

In between local and overseas promotions, MONSTA X announced their upcoming return with a brand new album just for Monbebes.

Marking the group’s eighth mini-album since The Connect: Dejavu, Follow: Find You is raising a lot of anticipation from fans and is speculated to be related and serve as the conclusion to the album series started by Take.1 Are You There? and Take.2 We Are Here.

While fans are busy decoding the concept for the group’s upcoming return, Starship Entertainment further raised the hype by releasing the scheduler for the approaching comeback date.

Officially beginning the countdown, they will release the mini-album’s track list on October 7. 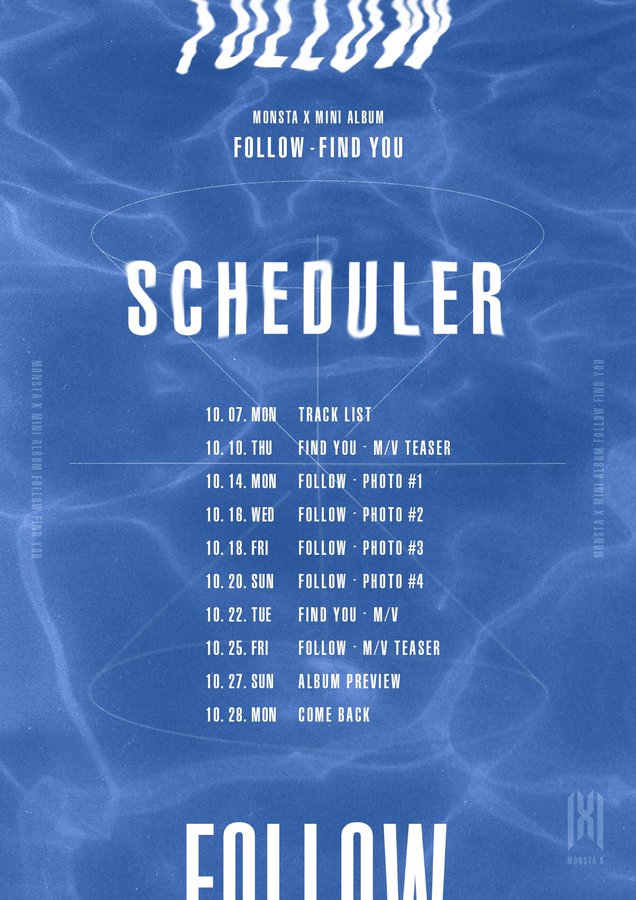 To further set the mood, teaser photos will be released on October 14, 16, 18 and 20 for four days of the signature MONSTA X feels – and additional hint of the concept they have in store for their grand return.

On the 25th, a music video teaser for “Follow” will also be released, followed by a preview of the album on October 27.

Finally on October 28, MONSTA X will return with their brand new mini-album, which will definitely be perfect for the fall season.

The seven-member phenomenon recently celebrated their 4th Monbebe Anniversary on September 25. The interaction was filled with love and support – a staple between the group and their fans.

In relation to overseas activities, MONSTA X has been growing into major global idols with a variety of projects outside South Korea.

Finally, they will conclude their stint in the tour at New York City’s Madison Square Garden on December 13. They will be joined by big stars like Taylor Swift, Jonas Brothers, Katy Perry, Camila Cabello, Lauv and more.