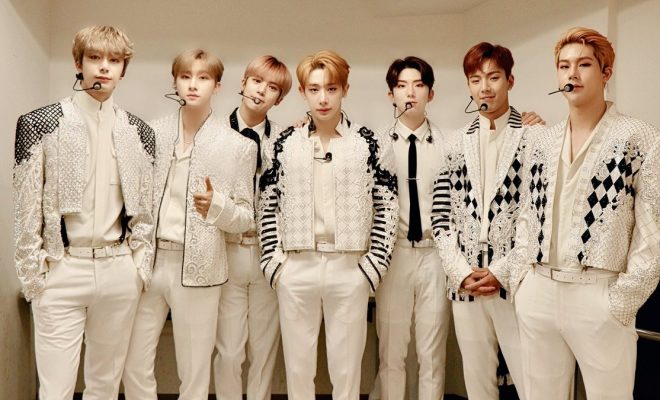 Global sensation MONSTA X is ready to tease fans with their comeback schedule!

In line with their upcoming comeback, MONSTA X released their second full album teaser on October 4. They also disclosed when to anticipate their schedule and teasers via their social media channels.

Asking “Are you there?” to fans everywhere, MONSTA X made their fans excited for their comeback. They have been buzzing about the new album discussing theories and predictions.

In the meantime, Monbebes will be treated to a whole bunch of insiders and teasers before the 22nd. On October 8, 9, and 10, the group will release insider photos so get ready for a week of nothing but visual treats. 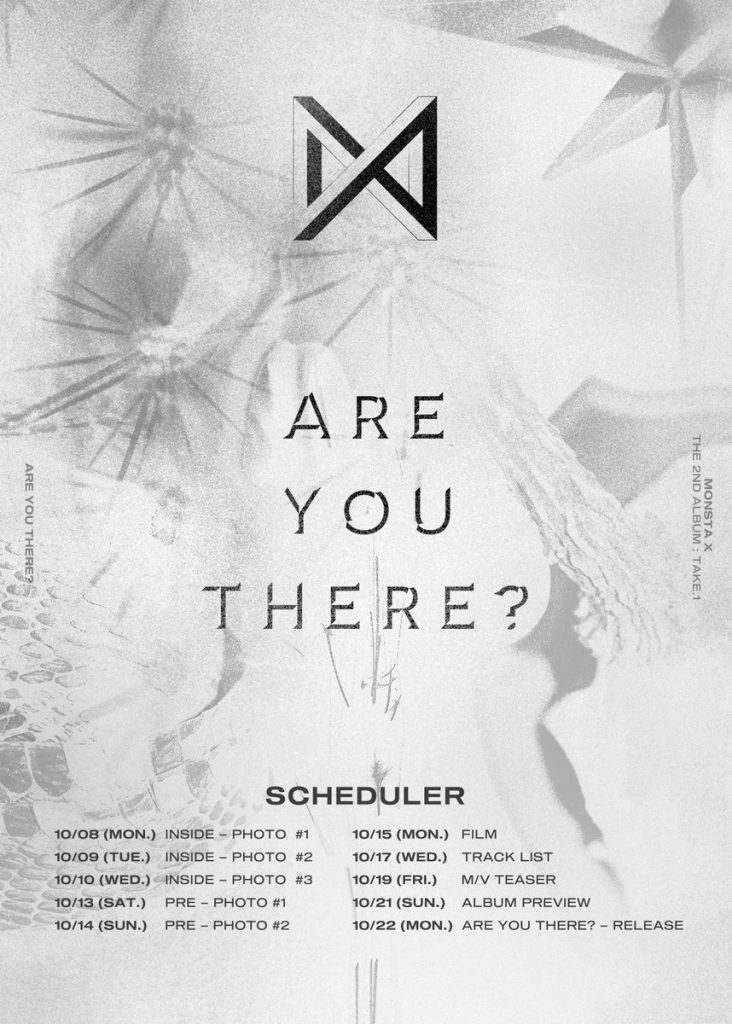 On the weekend of October 13 and 14, they will unleash pre-photos of the group. The next day, October 15, they will release a film related to the concept of their comeback. A glimpse of that concept was displayed on their teaser which you can view below.

On October 17, they will release the album track list, the announcement many have been waiting for and on October 19, they will drop the teaser for their music video.

Sunday, October 21, they will gather for the album preview and finally, on October 22, they will release “Are You There” and their second full album, The 2nd Album: Take.1.

The boys are currently on their The Connect Tour in Japan. They also recently celebrated Jooheon’s birthday. You can stay updated with MONSTA X through their Twitter.

Are you there and ready for MONSTA X’s second full album? Let us know! Tag @hellokpop in all your tweets!