2020 truly belongs to MONSTA X as they honorably receive their first-ever Daesang after 5 years!

On November 28, MONSTA X decks another achievement as they receive their first Daesang (grand prize). Taking home the “Stage of the Year” during the 2020 Asia Artist Awards, the six-member group rejoiced with their fans for this honorable event.

After completing their FATAL LOVE promotions, the grand prize was another success for the boys. Right after the group’s name was flashed onscreen, the members get on stage to receive their honorable award. Accordingly, this is MONSTA X’s first time receiving a grand prize, making the day even memorable. Also, the group was the first Starship Entertainment artist to receive the grand prize at AAA.

MONSTA X’s leader, Shownu, shyly gave thanks to all those who continuously looked after them from behind and beside. As humble as they’ve always been, Kihyun calmly continued the speech. He mentioned that they will proudly receive the grand prize thinking that it is an award given by MONBEBE. “Although there were many people who showed a lot of support, love, and help for us to receive this award, I think that our MONBEBE’s help was more significant than anyone else,” Kihyun continues with a smile.

Considering their foreign fans, I.M also extended his gratitude in English. The maknae rapper warmly hoped that the COVID-19 situation gets better so that they can meet MONBEBE as soon as possible.

The ever bubbly Joohoney then marks the conclusion of their speech, hoping that their energy can reach fans even beyond the screen, with all the members shouting “We love you, MONBEBE!” 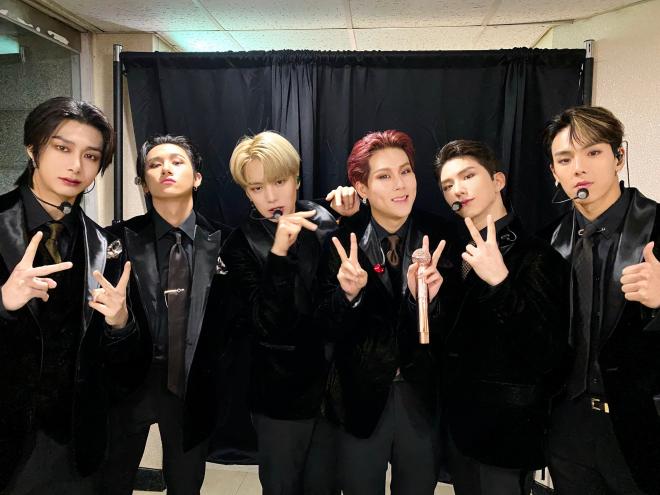 A stage worthy of a Daesang

Proving that they definitely deserve the grand prize, MONSTA X presents themselves in a phenomenal stage starting off with “Stand Together.”

Meanwhile, MONSTA X will continue their preparations for several year-end award ceremonies. The members will also be taking care of their individual activities. Specifically, Minhyuk is leading his own show in Naver NOW and as one of the hosts in SBS’ Inkigayo. Shownu also appeared on the MBC show Point of Omniscient Interfering and as a panel judge at Mnet’s teen reality show “CAP-TEEN.”

Additionally, the members also participated in several magazine photoshoots as well as being the ambassadors for the IACC.