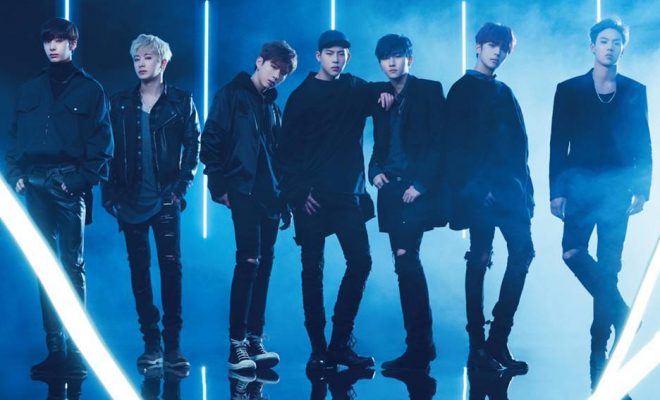 These are just the titles of new songs from MONSTA X – but they already radiate so much power!

MONSTA X gave fans a sneak peek into what to expect from their upcoming mini-album by revealing their exciting tracklist on October 7! 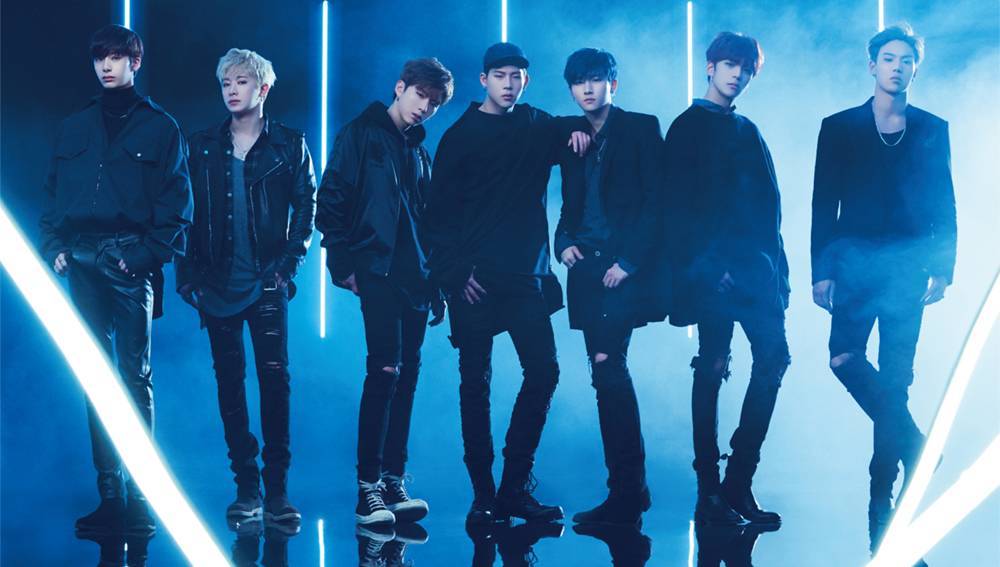 The boy group powered through with a loaded list of songs for their upcoming mini-album titled Follow: Find You! Totalling a number of eight solid tracks, MONSTA X’s newest mini-album will contain the songs “Find You” and “Follow” which will possibly serve as its headliners based on the titles.

As usual, the septet’s newest release will have various tracks personally made by its members – MONSTA X’s holy trinity of producers, composers, and lyricists Wonho, Joohoney, and I.M. Among these are “Follow” and “MONSTA TRUCK” which both saw the participation of the group’s two rappers in writing the Korean lyrics of.

Joohoney and I.M also wrote the lyrics for the remaining songs in the mini-album, with I.M also co-composing and co-arranging the song “U R” and Joohoney doing the same for “See You Again”.

The seventh track of Follow: Find You titled “Mirror” also brought an immense level of delight to fans upon seeing it on the tracklist. Co-composed and co-written by Wonho, the song was first introduced as the MONSTA X vocalist’s song for his unit stage with leader Shownu during their recently-concluded WE ARE HERE World Tour. 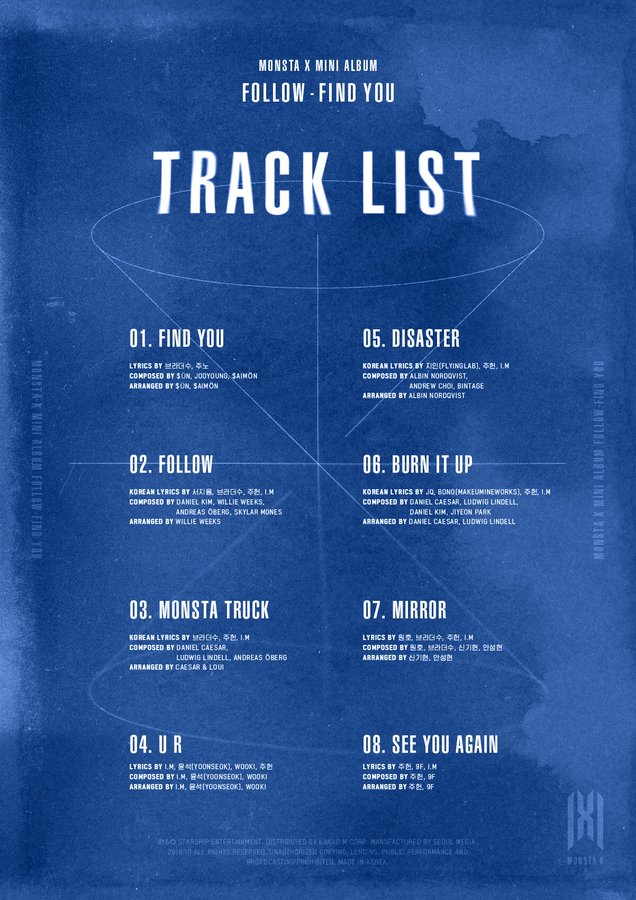 Prior to the full release of Follow: Find You on October 28, these tracks will be brought to life by an album preview on October 27. The first track “Find You” will also be pre-released with a music video on October 22, which fans are already highly anticipating for.

Hellokpop, as an independent Korean entertainment news website (without influence from any agency or corporation), we need your support! If you have enjoyed our work, consider to support us with a one-time or recurring donation from as low as US$5 to keep our site going! Donate securely below via Stripe, Paypal, Apple Pay or Google Wallet.
43
SHARES
FacebookTwitter
SubscribeGoogleWhatsappPinterestDiggRedditStumbleuponVkWeiboPocketTumblrMailMeneameOdnoklassniki
Related ItemsFollow: Find Youmonsta x
← Previous Story K-News Weekly Headlines: SuperM Breaks Out Onto The Music Scene, “Extraordinary You” Makes Poignant Premiere, Jung Hae In MANILA 2019 & More
Next Story → ATEEZ Commands Another Level Of Intensity With Teasers For “Wonderland” Comeback