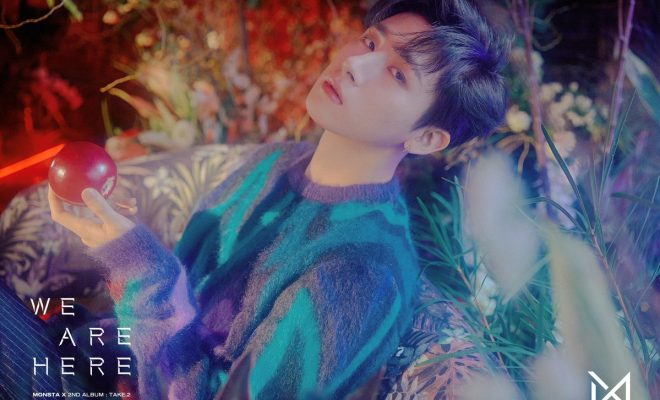 MONSTA X I.M is not just known for his epic rap skills. His voice can also soothe your soul.

MONSTA X I.M has a smooth set of vocals. Many Monbebes are enchanted by his set of cords because of his charismatic verses and sweet singing voice. Now, he is treating his fans with two audio books as he narrated Oscar Wilde’s “Happy Prince” and “Ghost of Canterville”.

Fans can view the process of him recording the audio book on his group’s Naver V Live Plus. It’s a different side of I.M, a contrast from his powerful rap as he reads the book with a friendly voice. He turns the atmosphere from being a rapper to a reader, and aims to warm up the minds of his listeners through audio books.

He recorded the audio books in Korean and English to cater to his abilities as well as the wants of his fans. His first book, “Happy Prince”, is Wilde’s story about a prince, who makes the world beautiful by sacrificing himself for the poor.

I.M is happy to read the book again for the first time since he was a child. He added that the road was not easy to take and that recording audio books was a very different experience. He left a wish for his fans who had purchased his audio book.

“I hope you will listen to it happily because I have recorded my best so that you can listen to it comfortably.”

FacebookTwitter
SubscribeGoogleWhatsappPinterestDiggRedditStumbleuponVkWeiboPocketTumblrMailMeneameOdnoklassniki
Related ItemsI.Mmonsta x
← Previous Story Dolly Parton Suggests A Collaboration With BTS After They Enjoyed Her Performance At The Grammys
Next Story → Lovelyz To Bring Refreshing Winter On Singapore Concert Stage In March